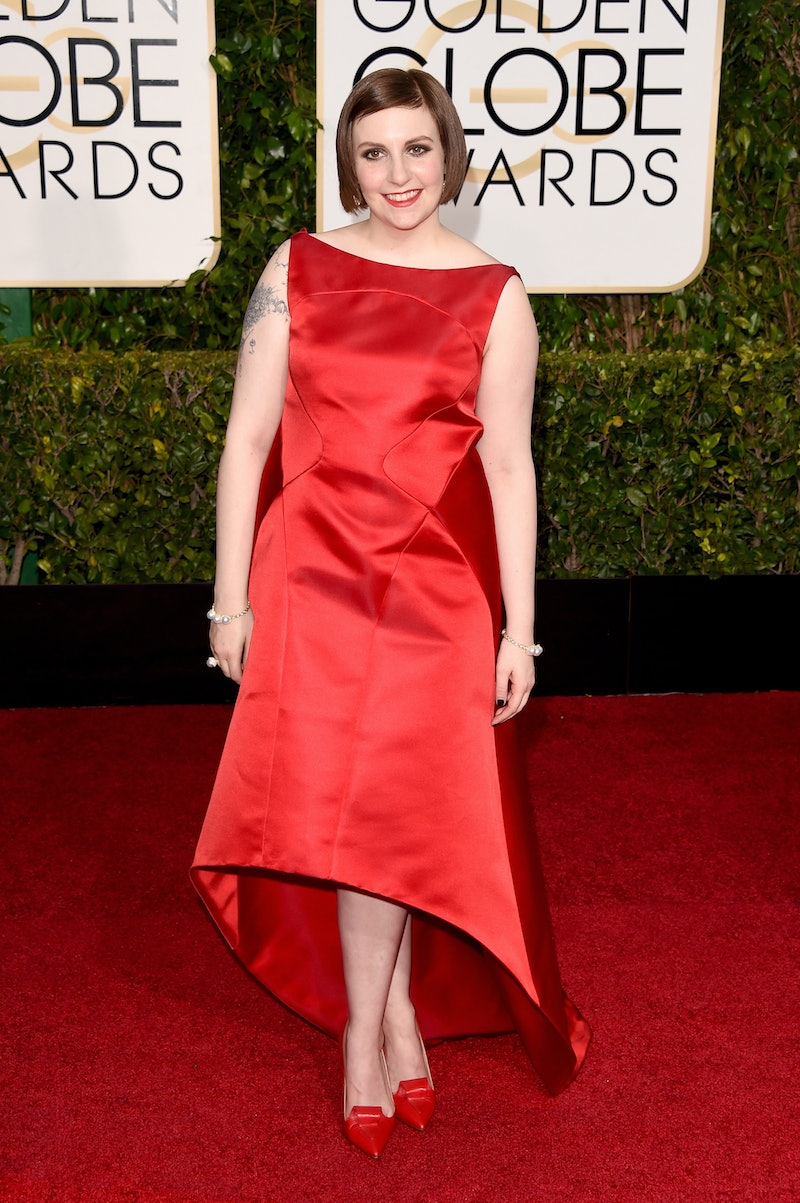 While most eyes were on the gorgeous dresses and suits (and man braids) on the Golden Globes red carpet last night, one pre awards show ensemble caught my attention. Lena Dunham may have rocked a retro Zac Posen dress for the cameras, but her "getting ready" look was even more memorable. Girls producer Jenni Konner snapped a photo of Dunham in silicone nipple pasties and sweats during preparation for the Golden Globes.

In the image, the Not That Kind of Girl author wears grey drawstring sweats and a beige robe, open to reveal the eerily flesh-like nipple covers, presumably in place to prevent her nips from making themselves known should the temps drop inside the Globes venue. I'm not sure what's wrong with accepting a normal bodily function like hardening nipples, but since all of humanity has conspired to pretend celebs aren't human, let's focus on the fact that Dunham and Konner managed to thwart Instagram's draconian no nipple policy by essentially posting a topless photo.

I mean, Dunham isn't really covered here. The silicone pasties are hardly visible at first glance. It's so bizarre to me that this image is fine, while Rihanna's bare chest started a full-on war with the same social media platform. What's so freakin' offensive about the female nipple?!

Honestly, I find the pasties that give Dunham nipple-less Barbie boobs waaaaaay more disconcerting than a body part that every human being, male, female, and non-binary alike, happens to possess.