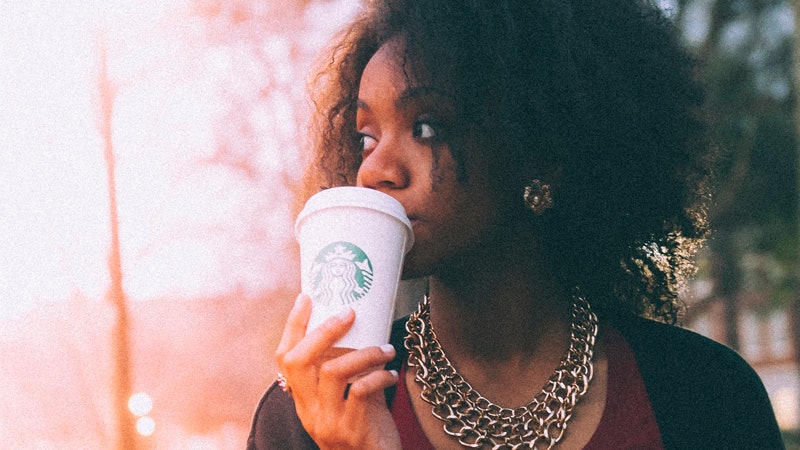 One thing that really irks me about feminism is that sometimes feminists try to tell other feminists how to do feminism correctly. I'm going to clarify right now: feminism is the belief in gender equality. That's it. Beyond that, you're talking about the infinite off-shoots of feminism that solve for the specific inequalities that manifest within different populations and groups of women. But, when you get down to it, feminism itself is nothing more complicated than a belief that equality between genders should exist.

If you identify as a feminist, all you need to do is believe that men and women should be equals, and then try to put that into practice. It doesn't mean you can't enjoy Keeping Up With The Kardashians (which doesn't make you anti-feminist, it just makes you a bit of an idiot, but that's okay too). You don't have to burn your bra and grow your underarm hair to be a feminist (but if you do, that's totally fine). You can be whoever you want to be: that's the point of feminism.

Part of gender equality is affording women the right to be able to make their own choices, the way we do with men. You've never heard tell a dude, "You have a career and a family? You're not a proper man!" People are more likely to say things to men like, "You came home from work and cleaned the house and cooked dinner for your wife? WOW, YOU ARE AMAZING!" But you do hear people say things like, "How do you reconcile being a career woman with your desire to have children?" and, "You cook for your man? Isn't that kind of antiquated?" A feminist can be whatever she wants to be, and it's not up to anyone to tell her she's doing feminism wrong. She can be strong, she can be wily, she can be superficial or mean or funny or sweet or up or down or fat and thin.

The truth is this: One of the only "bad" things a feminist can do is to force their definition of appropriate feminist conduct onto another person. We should certainly all strive to be each other's teachers (if we want to be; no one is required to exert their own energy for the betterment of someone else, but it's a very generous thing if you do), but we are not each other's police officers. So, given that we're not only living in the age of feminism, but the age of arguing about what makes someone a "good" feminist, here are 6 things people commonly call feminists out on that do not make them a "bad" feminist:

1. Changing your last name when you get married

I'll never change my last name. Not because of any feminist reason, just because I like it, it suits me, and it's mine. I think Beyoncé's officially made it "okay" for feminists to desire marriage. Not that it wasn't okay before, but certain schools of feminist thought absolutely found the identity of wife and mother problematically at odds with the quest for equality. But Bey turned that domestic narrative around, positioning her role as a wife and mother as a platform of power, complementing her career, independence and admirably strong body.

But feminists still give women a hard time about wanting to change their name when they get married. Whatever. Change your name or don't change your name. Feminism is about empowering women to make their own choices—not to make choices for them. If you want your husband's name, take it. If he wants yours, great. If you want to abandon all established names and make up a new one, do to that. Or don't. A feminist by any other name is still a feminist.

2. Letting a man pay for you

This seems to come as a shock to many, but it is possible to be a strong, financially and socially independent feminist and also let a man who likes you do something nice for you every so often. I get that there's an undeniable amount of truth to the fact that some people do try to use money to gain power in a relationship, and that sometimes, a man's insistence on paying for things is more about asserting control than it is about showering affection. That said, there's nothing constructive about seeing malignancy where none exists. Sometimes, people are just being nice, with no agenda.

And it's perfectly okay, if you're a woman, to enjoy that. There's a massive distance between "abandoning your belief system and becoming dependent on a dude" and "allowing your significant other to show that he cares by treating you to a nice meal". Yes, there are other ways a man can do that (i.e., "being nice", "listening", etc., and I hope your partners all do those things too), but it's not necessary to bring your politics to the dinner table when someone is showing kindness and appreciation through generosity. Since when did free food become such a taboo anyway? Women buying meals for men is also a sweet way to do a nice thing for someone you love.

3. Caring about your looks

Being a feminist is about choice. If you choose to exercise, follow fashion, have you hair and nails done, shave/wax, and care about what you eat, you can STILL fight for/believe in/advocate/scream about feminism. You are still a feminist, so long as you're choosing to do those things because you want to. I remember once watching Germaine Greer tell Cheryl Cole that she couldn't be a feminist because she was "too thin" and screaming at the television set. You don't have to be a hairy, unwashed vegan in order to promote feminist belief. That's the wonderful thing about feminism: Anyone can do it! And if you ask me, the most un-feminist thing a "feminist" can do is exclude another woman from being a feminist based on her looks. That's in complete opposition to what feminism actually represents.

As a feminist, I find rap music really problematic. I hate the lyrics that promote violence against and objectification of women. But I do love rap music. It's something of a quandary, but then, there are ways of avoiding truly disgusting songs without entirely abandoning a genre you like. For instance, don't listen to Eminiem! That helps. But some of my favorite rappers, like Jay-Z and Biggie, have plenty of great songs that don't involve murdering their wives. There are also female rappers like Lil Kim, Missy Elliot and Erykah Badu (and so, so many more rising up out of the ranks) whose lyrics are decidedly pro-woman. There's pretty much nothing as satisfying as seeing talented women take a genre that used to embody their oppression and making it their own tool of empowerment. Like feminism, rap doesn't have to be any one thing. Just take the parts of it you like and leave the parts you don't. Which is basically just a really great way to live your life.

Homemaking and caring for the person you're making that home with and feminism are not only allowed to co-exist, they easily go hand-in-hand. You're allowed to be a domestic Goddess living in co-habitated bliss while still fighting the good fight. You're just fighting it from the luxury of a freshly bleached bathroom floor and a lovingly prepared 8-hour stew. In fact, part of independence is being able to take care of yourself and your environment. A career woman who can roast a perfect chicken too? Now you're talking. If you ask me, that makes you even better equipped to deal with gender-based challenges when out in the world.

For the record, it's also perfectly okay to not want any of the things I just mentioned, and to hate them all, and to live alone, order takeout, hire a male housekeeper, and be a badass in accordance with the things you like. That's awesome. That's the point. Do the things you love, and don't tell someone else that they aren't doing a good enough job at life for doing the things they love. When I start cooking my boyfriend meals because he makes me feel obligated to do it based on my possession of a vagina, then you can start telling me that my domestic existence upholds damaging gender roles.

6. Disagreeing with something "feminist" someone said

This actually makes you a better feminist. Thinking critically and investigating ideas serves to make you better at having any opinion. Just because you have strong philosophical ideals doesn't mean you have to adhere dogmatically to each and every other person in that school's take on it. If you believe in equality between the sexes, you are a feminist. Whatever you attach to that is up to you, and can be as nuanced as suits you. For instance, if someone tells you "all heterosexual sex is rape" (an actual feminist theory), you're allowed to disagree with that. It doesn't diminish your feminism, it just means that you have different opinions on some of the details, and that's just fine.

More like this
5 Ways To Stand In Solidarity With Women In America From The UK
By Sophie McEvoy
How To Fight For Reproductive Rights, Based On How Much Time You Have
By Courtney Young
Why You're Seeing Green Bandanas At Abortion Rights Protests
By Lexi Inks
Eleven From ‘Stranger Things’ Is A Cancer Zodiac Sign, An Astrologer Says
By Brittany Beringer
Get Even More From Bustle — Sign Up For The Newsletter