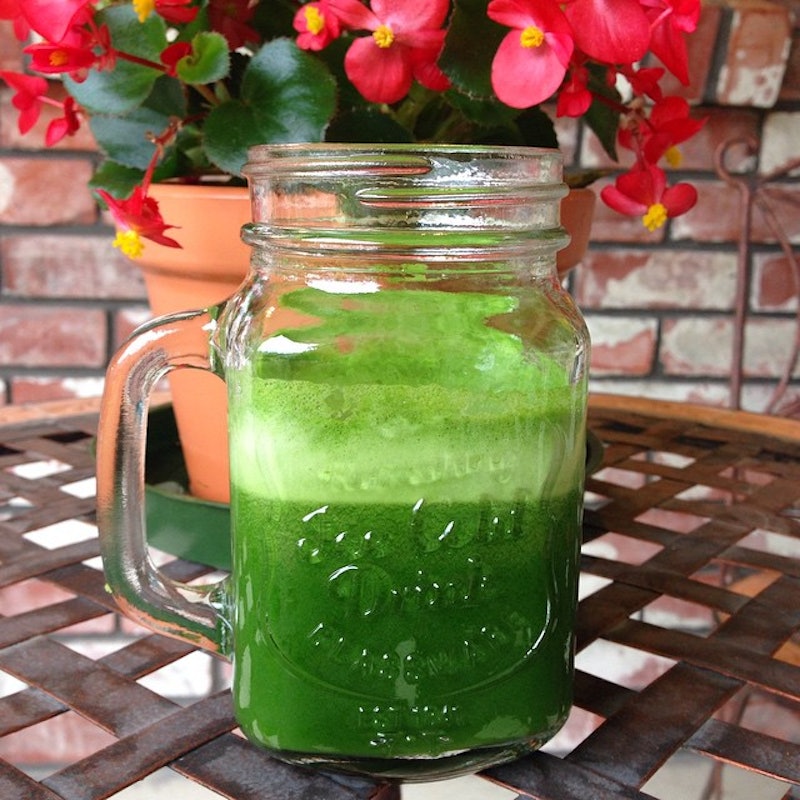 Chances are most of us have probably tried out a fancy diet at some point in our lives, whether it was Atkins, Weight Watchers, or Jenny Craig, and chances are the results probably didn't quite match up with what was promised in the infomercials that tempted us to try them in the first place. To help us in our dieting quests, one man decided to try 10 different diets in 50 days (that's 10 diets in less than two months), and — spoiler alert — he found one that actually worked!

Meet Andy Leeks, a man who decided he wanted to conquer weight loss once and for all after struggling with being overweight for three years. But rather than just pick one diet to stick to, Leeks decided to try 10 in hopes that it would keep him from getting bored and giving up.

"I'd start a new diet with loads of enthusiasm, only to abandon my best-laid plans when the novelty wore off — usually once I'd learned all there was to learn about the plan and any weight loss started to slow," he told the Daily Mail.

For his experiment, Leeks chose 10 diets he had never tried before: the 5:2 diet, the Special K diet, the NHS suggested eating guidelines (that's the National Health Service in the UK), a juice cleanse, the Atkins diet, a fully raw diet, the baby food diet, simple calorie counting, the grapefruit diet, and finally, the cabbage soup diet. He decided to only stick to each diet for five days. He also consulted a physician before starting his mission (which is a smart thing everyone should do before starting any diet, for that matter).

His results? He lost varying amounts of weight with the fad diets — five pounds on the Special K and the 5:2 diets, four pounds on the juice cleanse diet, and one pound on the grapefruit diet, the cabbage soup diet, and the baby food diet. But he noted that all of these left him feeling sluggish and weak, and that they all often involved a lot of prep-work. He even developed an infection requiring antibiotics after trying the raw food diet.

So what actually worked? The diet that yielded the best results for Leeks was in fact the one that wasn't a diet at all — following the UK's National Health Service healthy eating guidelines.

"I was surprised that this worked as it didn't feel like a diet," says Leeks. He lost four pounds in five days using these recommendations, which involved eating fresh fruits and vegetables, whole grains, and lean proteins.

In total, Leeks lost over 30 pounds from the total 50 days on this self-invented program. It turned out, though, that his cholesterol levels had risen, which can most likely be chalked up to the fact that he was shocking his system by not only dieting, but changing diets drastically every few days.

Now, he's sticking to the healthy eating guidelines proposed by the NHS, which Leeks says is the only diet he tried that he'd be able to stay on for the long haul anyway. It's been nearly two months since the end of his diet experiment, and he says he still feels motivated to eat healthy.

"I finished my ten-diet whirl, and unlike any other time I've dieted, I still feel determined to stick to healthy eating."

The takeaway? Fad diets may seem like a quick fix, but that doesn't mean they're the best solution. Instead, try sticking to the one diet that has actually been proven to work, increase longevity, health, and overall wellbeing — healthy eating!