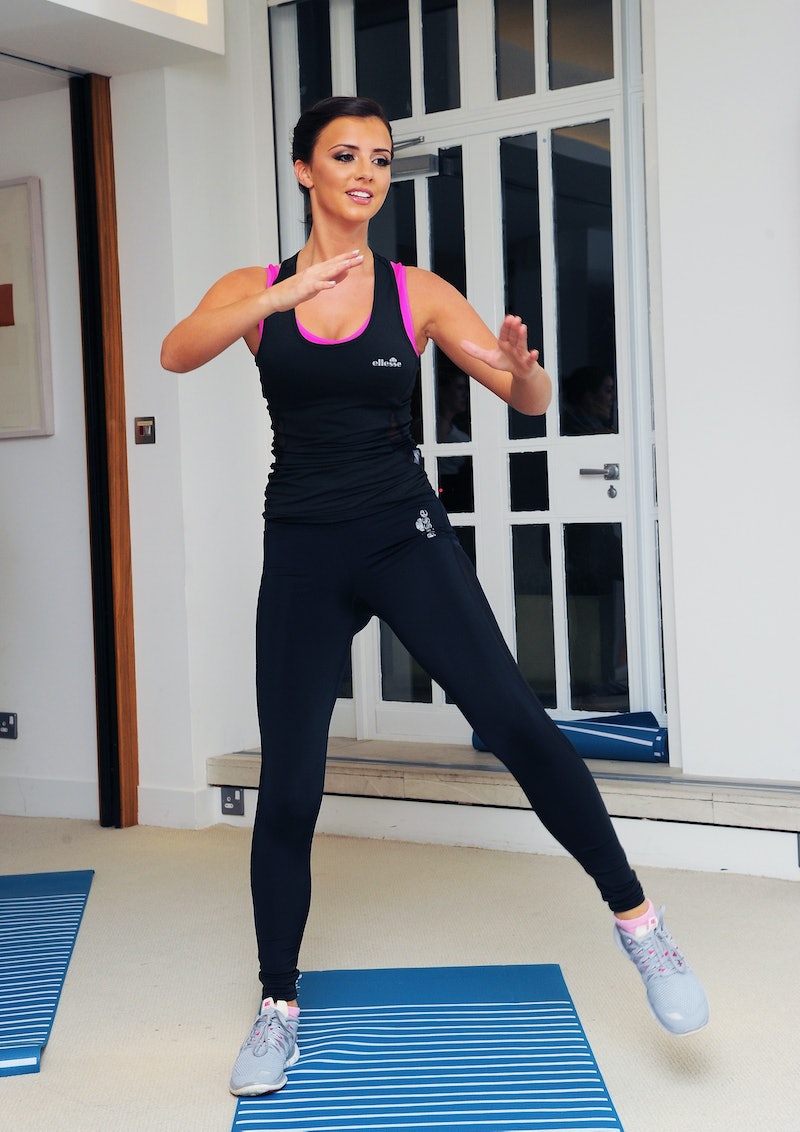 I once peed my pants during a high school cross country meet. I know — totally disgusting. But I was on track to receive my best time in four years of running, and during the state championship qualifiers to boot. I’d suffered through countless long runs on rainy days, stress fractures that sidelined me for months, and 7 a.m. speedwork sessions on stifling summer mornings. I wasn’t about to sacrifice a personal record for a bathroom break, especially considering that the “bathroom” would have been whatever privacy I could finagle from behind a tree along the course. And so I did my best to hold it in until — a half mile from the finish line — my bladder quit. A steady trickle made its way down my leg.

Was it worth it? Totally. I broke my PR, helped advance my team, and felt more happy than embarrassed. (I think my coach was humiliated enough for me.) It helped that I wasn’t the only one. Among the racers, there were urinators, snot-rocket shooters, and even a team of hairy girls who hadn’t shaved their legs in three months as part of some wacky superstition. This, in case you were confused by the ads you see for activewear these days, is what women actually look like when we work out: Sweaty, disheveled, and sometimes covered in bodily fluid.

It’s the reason I was happily surprised to see the commercial put out by Sport England this week called “This Girl Can.” In it, you see swimmers, boot-campers and runners… with all of the jiggling and flyaways to prove it. Because let’s just face it: Even the most toned amongst us aren't immune to post-spinning pit stains.

It’s not that I blame companies who sell workout gear for putting beautiful, totally put-together women in their campaigns. A peeing model sure won’t sell a pair of running tights — not even to me. And I can for sure deal with the absence of snot rockets in my catalogues, thankyouverymuch. In short, I’m OK with a little... how do I say this? Athletic license.

So no, I’m not expecting a total overhaul of the fitness modeling industry. And no, my obsession with the Athleta catalogue will not falter. But I can still get a kick out of the way female exercisers are depicted by marketers: Glistening, and with nary a booger in site. To that end, I’ve compiled a list of my favorite activewear ads in all their unrealistic glory. After all, a girl can always use a good chuckle, amiright? Especially after a particularly disgusting workout.

1. THE ONE WITH THE HAIR DOWN

Have you ever tried snowboarding sans ponytail? It doesn't take long to devolve from snow-bunny-with-chocolate-locks to abominable-snowman-with-dreds. Just sayin'.

2. THE ONE WITH THE HEAD-SCRATCHING STRETCH

Martial arts? Tai Chi? Strange new version of the chicken dance? Your guess is as good as mine.

3. THE ONE WITH THE PUBLIC SAFETY HAZARD

Cute suit! Sure do hope she gets to snorkel in it before crashing.

4. THE ONE WITH THE SILLY POSE

Don't mind me... this is just the way I stand when in line for the water cooler.

5. THE ONE WITH THE SILLY EXPRESSION

What? You don't get your hair done before the gym?

7. THE ONE WITH THE CLEAR LACK OF MOVEMENT

I suppose if I found myself in a setting that pretty, I might pause in place a moment, too.

8. THE ONE HAVING TOO MUCH FUN

Goodness me! Isn't exercise so much fun? Perhaps later we can smile our way through some burpees! Wheeee!

More like this
Most Comfortable Underwear For Big Butts
By Audrey Williams
15 Stylish #Tenniscore Outfits To Rock On & Off The Court
By Dominique Norman
9 Exercises To Try For Volleyball Strength
By Carolyn Steber
42 Black Owned Fashion & Beauty Brands To Support Today & Always
By Mekita Rivas, Shea Simmons, Kui Mwai and Dominique Norman
Get Even More From Bustle — Sign Up For The Newsletter