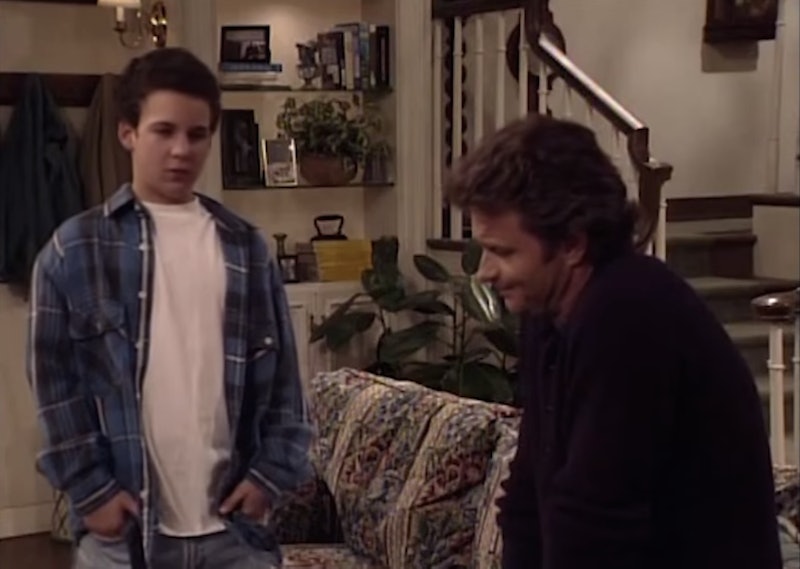 When Richard Linklater's now-Oscar-nominated film Boyhood first started making waves, I have to admit that one of the first things that came to mind after "huh, that's a cool concept" was "wait, I've totally watched people grow up onscreen before." We've already explored Harry Potter 's Boyhood crossover. Now let's dig into the other obvious one: Boy Meets World was the boyhood long-haul that wrapped up its initial epic journey before Boyhood even began production. And now there's a mashup that'll help you remember that Cory Matthews was the original Mason Evans, Jr.

One of the things that made Boy Meets World so iconic was that the audience got to grow up with Cory and the rest. Boyhood felt like a special concept because it condensed something like that onto the big screen and recapped an era, but Boy Meets World is just as special — in fact, the televised format allowed a different kind of power. We got to experience nostalgia by following Mason through the steps of his adolesence, but we got to walk through those steps with Cory. It can feel different when you're right there with those characters, but it's no less special a thing to see.

This mashup plays off of Boyhood's trailer, condensing Cory Matthew' growth into a one-minute span. It's pretty nifty if you, like me, enjoy indulging your Boyr Meets World feels.