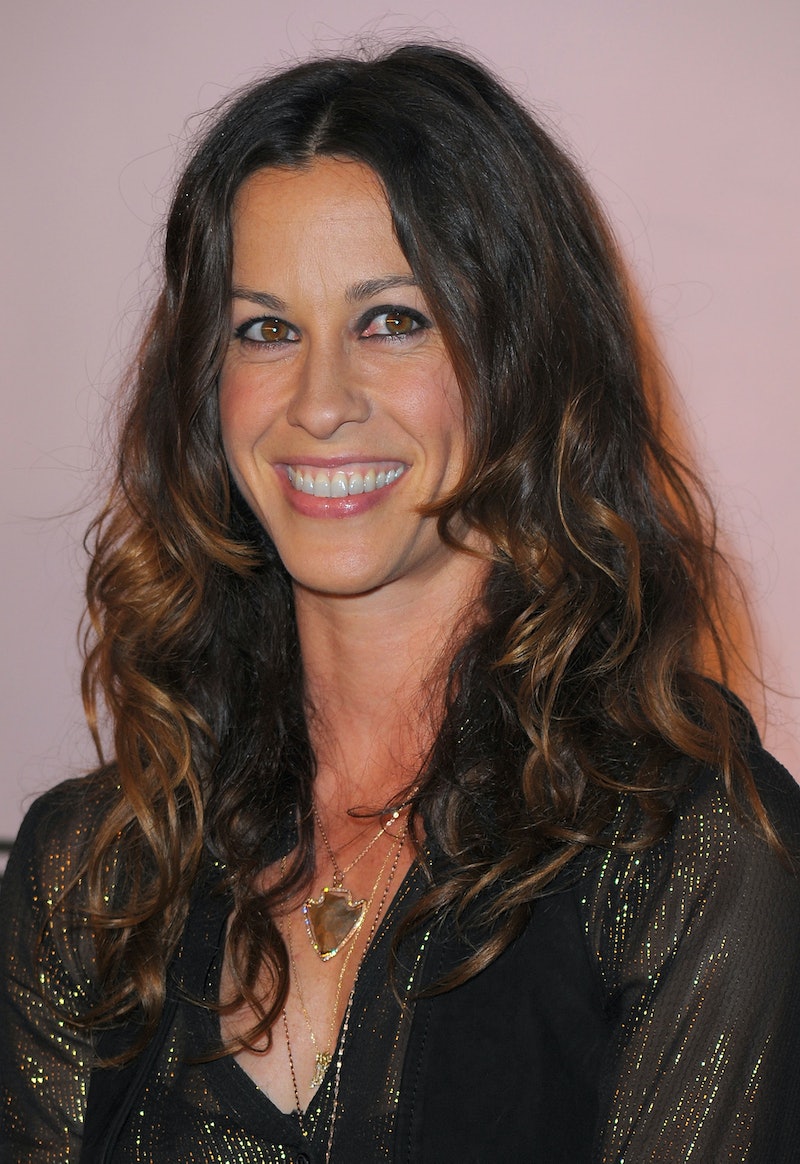 Sources say that Alanis Morissette is being sued by her ex-nanny because Alanis would apparently imprison the nanny, Bianca Cambeiro, in the baby's bedroom for 12 hour periods during which she could only leave the room if a parent came in or the daytime babysitter showed up to relieve her. Talk about nervous parenting, huh? But, let's also talk about what exactly happened here because in one fell swoop, Alanis Morissette went from the chick who was super angsty in the '90s and played God in Dogma to Alanis Morissette, nanny hostage-taker and seriously uptight parent.

It's a baby people, they're delicate but my goodness, 24-hour attention prooobably isn't wonderful for the baby anyhow, ever heard of the Ferber method?

Now, it could be this is an elaborate publicity nightmare fabricated by the nanny to extort money from her famous employer. That, or Alanis Morissette is a seriously terrifying mom who should probably be noted down in some Child Protective Services file somewhere. It's unclear.

Only time and the long arm of the law will tell, but if this story is true, "You Oughta Know" will just never sound the same again, and if it isn't, then clearly Alanis's nanny used her long night-shift hours to come up with a seriously ludicrous lawsuit.