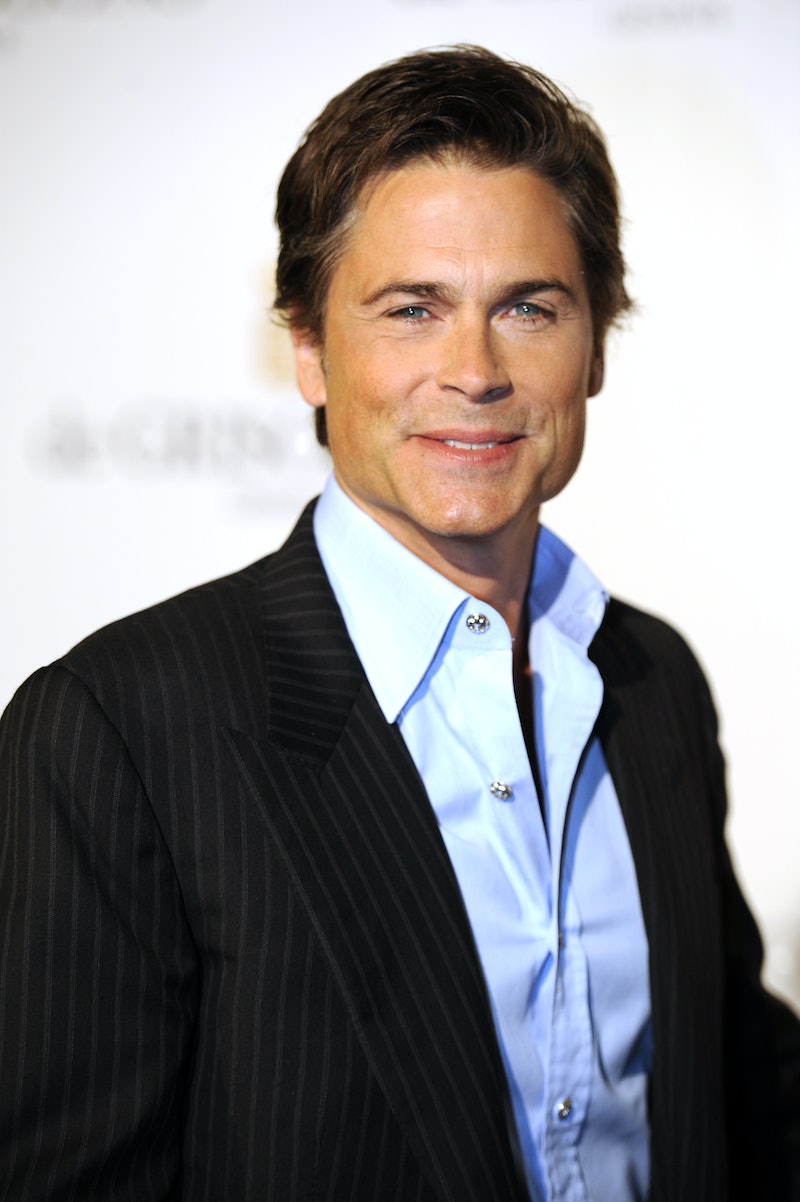 The end of Parks and Recreation will lead to the end of the world. No, I'm not being dramatic about the series finale of the beloved comedy — Rob Lowe and Megan Mullally will star in Apocalypse , a new 10-episode NBC dramedy series premiering later this year. The network announced that the Parks and Rec costars will headline the show with The Office's Jenna Fischer, Matthew Baynton, Paterson Joseph, and Joel Fry. British production company Sky 1 will collaborate with NBC on the show, and there's another connection with 30 Rock's Michael Engler directing the first two episodes.

The series will feature complex storylines as characters' lives intersect when a comet heads toward Earth, threatening to destroy all life. Lowe plays foul-mouthed priest Father Jude, who is the Devil’s Advocate in the Vatican, but there's no word as to who Mullally will play. Her Parks and Rec character, Tammy 1, didn't interact much with Lowe's Chris Traeger, so hopefully the two will share more screen time in Apocalypse. Since the show is set outside of London, they may even put some British accents to good use. Check out a full synopsis for the show below!

"A bold, adrenaline-fueled series. Set against a backdrop of apocalyptic chaos, the story follows an extended family whose lives start to intersect in the most unexpected ways. Their renewed connections are triggered by the news that a comet is on an unavoidable collision course toward Earth.

Characters include a foul-mouthed priest, an unhinged white supremacist, a mild-mannered bank manager, a germ-phobic cyber-terrorist, a five-star general and a child who (possibly) rose from the dead. Some of them are destined to make it to a bunker deep beneath the ground, and as a result will become the unlikely (and frankly, somewhat unsuitable) future of mankind."