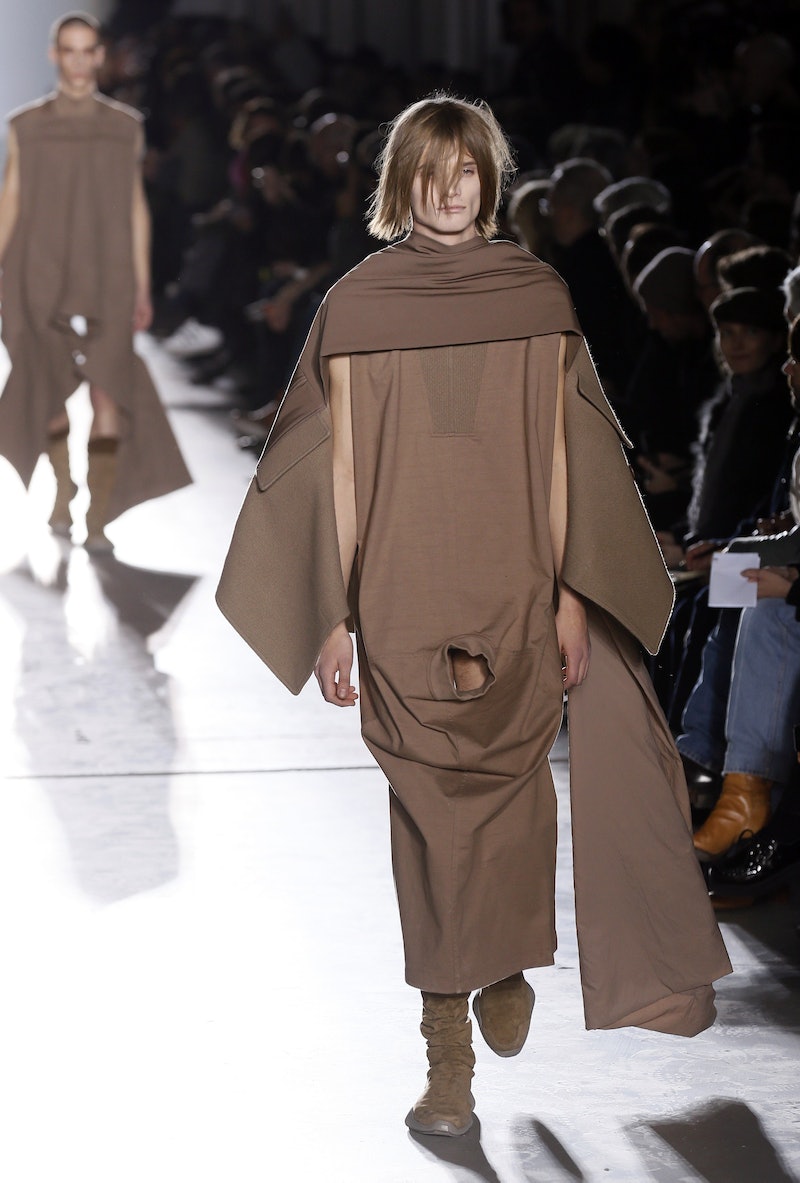 Rick Owens, known for his provocative and Goth-y designs, shocked everyone during Paris Fashion Week when he sent some very exposed male models down the runway. Now, the designer is speaking out about his bold artistic decision, telling WWD that there's more than superficial shock-value behind his designs.

Owens' collection was mostly comprised of plain colors and loosely fitting silhouettes, but he also chose to highlight the genitalia of four male models using strategically-placed cut outs. The Internet has been up in arms about his daring designs — Do the penises actually add aesthetic value? Do they take away from it? What does it all mean??? Well, Owens has finally spoken out via email statement to WWD — and he basically wants us to get over it.

I pass classical marble statues of nude and draped figures in the park every day, and they are a vision of sensuality — yes, but also of grace and freedom. As a participant in one of our most progressive aesthetic arenas, am I not allowed to use this imagery?

Owens went on to say that he doesn't believe runway fashion is taken literally. Rather, it's an avenue through which to express his artistic vision. In short, we shouldn't expect to see exposed peen on our favorite street style blogs anytime soon. "Having been influenced by fear and shame growing up,” Owens told WWD "[I loved] the idea of putting a more loving energy out there [...] I would like to present a utopian world of grace free of fear and shame.”

Well, there you have it. You may still not be fully convinced his tactics are effective (or inoffensive), but at least you've heard the self-proclaimed reasoning behind Owens madness.