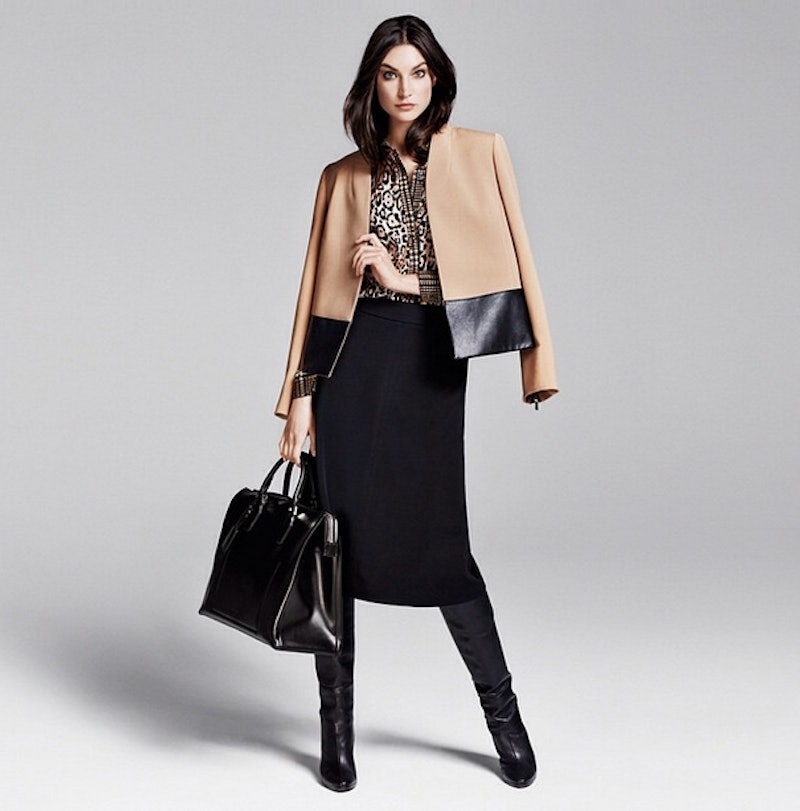 Sadly, Jones New York, a brand known for its classic women's dresses, suits, and non-iron blouses will soon be no more. Private equity firm Sycamore Partners has decided to discontinue Jones New York's wholesale business and close all 127 outlet stores over the course of 2015. Despite efforts to revamp it's image, it seems the brand's performance still didn't make the cut.

Sycamore Partners acquired The Jones Group Inc. (which includes Jones New York, Anne Klein, Nine West and many other well established brands) as part of a transaction valued at $2.2 billion. They have since been making moves to remold the group, selling Stuart Weitzman, a former component of The Jones Group Inc. to Coach earlier this month. The decision to make JNY the latest casualty of the acquisition comes after a review of the brand's recent performance, largely influenced by its inability to appeal to younger customers.

None of the other business units acquired as part of The Jones Group Inc. will be affected by JNY's closing. The Interim Chief Executive Officer of Jones New York, Andrew Hede also said other strategic alternatives will be sought out for its brand, but provided little information as to the number of employees that will be affected by the closing, which will begin in the Summer and finish by the end of 2015.

More like this
These Cheap Bras & Underwear On Amazon Are Actually Effing Amazing
By Karen Belz
Phoebe Dynevor Serves ‘Bridgerton’ Underboob In Stunning Floral Gown
By El Hunt
15 Vegan Makeup Brands To Shop For Cruelty-Free Glam
By Audrey Noble
The 13 Best Cream Makeup Palettes, According To Experts
By Audrey Noble
Get Even More From Bustle — Sign Up For The Newsletter
From hair trends to relationship advice, our daily newsletter has everything you need to sound like a person who’s on TikTok, even if you aren’t.