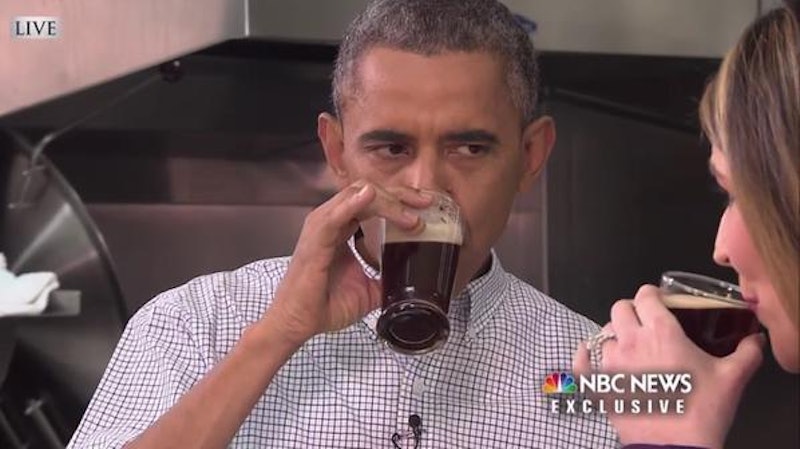 During the pre-Super Bowl interview between President Obama and Savannah Guthrie, the two covered a handful of difficult topics — Congress' Republican majority, infrastructure and the economy, Deflategate. The most meme-able moment, however, came when Guthrie asked Obama, "Hillary Clinton or Joe Biden?" and the president, quick as a whip, replied, "I love 'em both." "I tried," Guthrie replied, to which Obama gave her the side-eye to end all side-eyes.

In fact, of all the questions Guthrie asked Obama, that one was probably the simplest to answer. Obama has been asked over and over again who his presidential pick would be, since both Clinton and Biden — the president's former Secretary of State and current Vice President — are on the cards for 2016. (Neither have officially announced; Hillary's declaration is expected to come in the spring, and Biden has stayed relatively quiet on the topic so far.) Whenever asked who he'd support, Obama has been effusively supportive of them both, saying Clinton would be a "very effective" president and Biden would be "superb."

One thing's for sure: Neither Hillary nor Biden would face Mitt Romney as a competitor in 2016, should one or both of them run (and, let's face it, Hillary was getting ready for a showdown). Romney declared Friday that he was stepping aside for others in the party in an abrupt one-eighty; he'd been leading his Republican competitors in the polls.