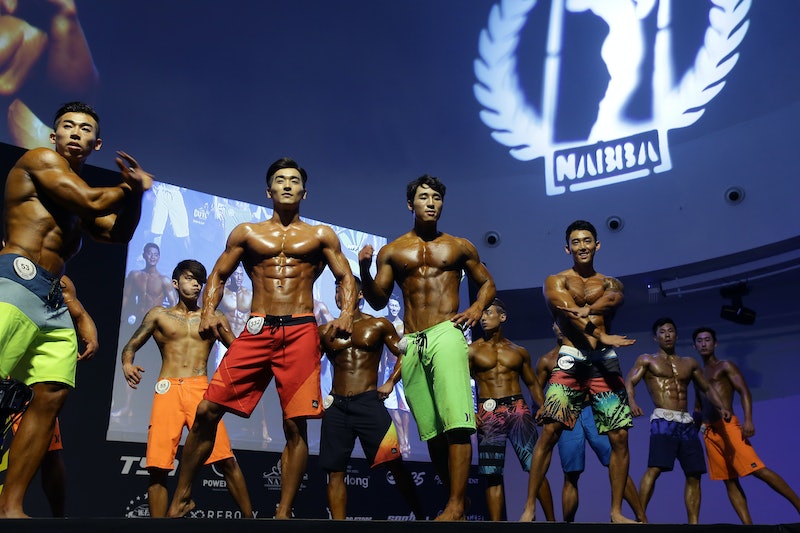 Women have many reasons to feel self-conscious about their bodies; from the images of perfect, slim physiques plastered on billboards to the inundation of diet tips on women’s websites to the objectification of the female form in ads — it’s no wonder that even six-year-old girls are critical of their bodies. However, sometimes we forget that men can also face body-image issues, a topic that inspired BuzzFeed Video’s “Things Men Are Tired Of Hearing About Their Bodies.”

The men in the video discuss the standards that society places on their bodies in order to “be a real man.” They have to have a huge dick, six pack abs, facial hair, and a tall frame to be considered manly. However, that’s just not the way that all guys are built. Simply because of genetics, not all men can possible meet these body ideals and then can be labeled as “less than”. The men in the video bring up that they are tired of others trying to get them to become this mythical “real man.” They don’t want or need to hear “eat a sandwich” or “why don’t you go to the gym?” one more time.

And these men aren’t alone in feeling as though their bodies are critiqued. Last year, Today reported that 41 percent of men worry that people judge their appearance and 44 percent feel uncomfortable wearing swim trunks. Another study published in JAMA Pediatrics found that 18 percent of boys were acutely concerned about their weight and physique, while another seven percent reported using unhealthy methods to obtain an ideal body.

So, while I personally don’t believe that men have an as-difficult time with body image as women, this video is still a great reminder that we should be more accepting of everyone’s body, regardless of gender. As one of the guys in the video says, “If we all looked the same, I think that would be really boring.” Watch the video below.