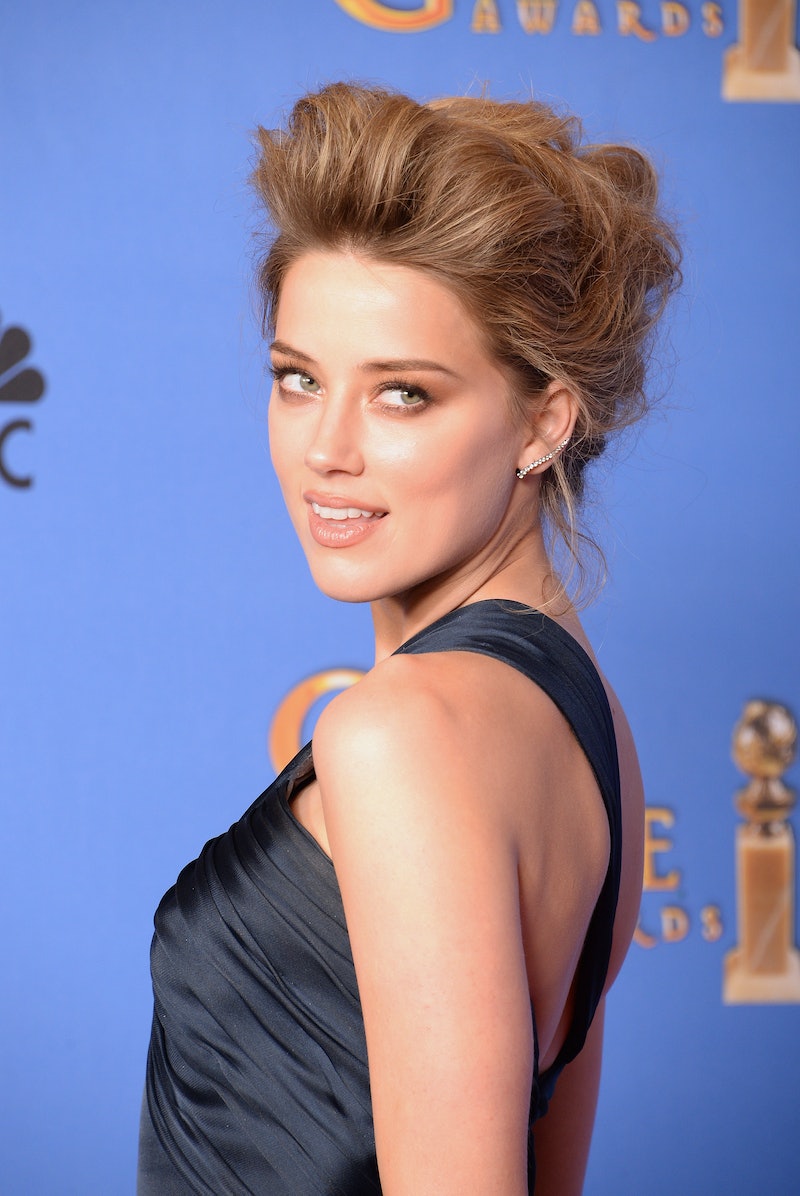 You guys! Hipster Clooney is officially married!!!!! Again!! When I say Hipster Clooney, I'm of course referring to Johnny Depp (if you have a problem with it, feel free to berate me on Twitter). Johnny Depp and Amber Heard officially tied the knot (for a second time) this weekend on a private island in the Bahamas (natch) and, from the blurry little photos we've seen so far, Amber Heard's wedding dress was beyond beautiful.

Last week, news broke that the pair would supposedly be getting married in an extremely private ceremony on Depp's freakin' private island in the Caribbean. That very private ceremony went down on Sunday, and as it was rumored, the bride wore Stella McCartney. Radar Online got a hold of the first photographs of the model's frock, which appears to be an elegant, long sleeve, lacy gown. Long sleeves for a beach wedding? OK, Heard. You do you. She wore her hair in an extremely simple chignon, and my guess is the makeup was kept pretty natural as well. The photos don't reveal anything shoe-wise, but I highly doubt she's rocking heels on all that pretty sand.

While we don't have any super close detail shots, I would guess that something organic and of the ocean like shark teeth or sanded glass was sewn into the boning. They just seem like that sort of couple. Click through to Radar Online to see all the pics we have so far, and keep checking back for even better ones as they come in.