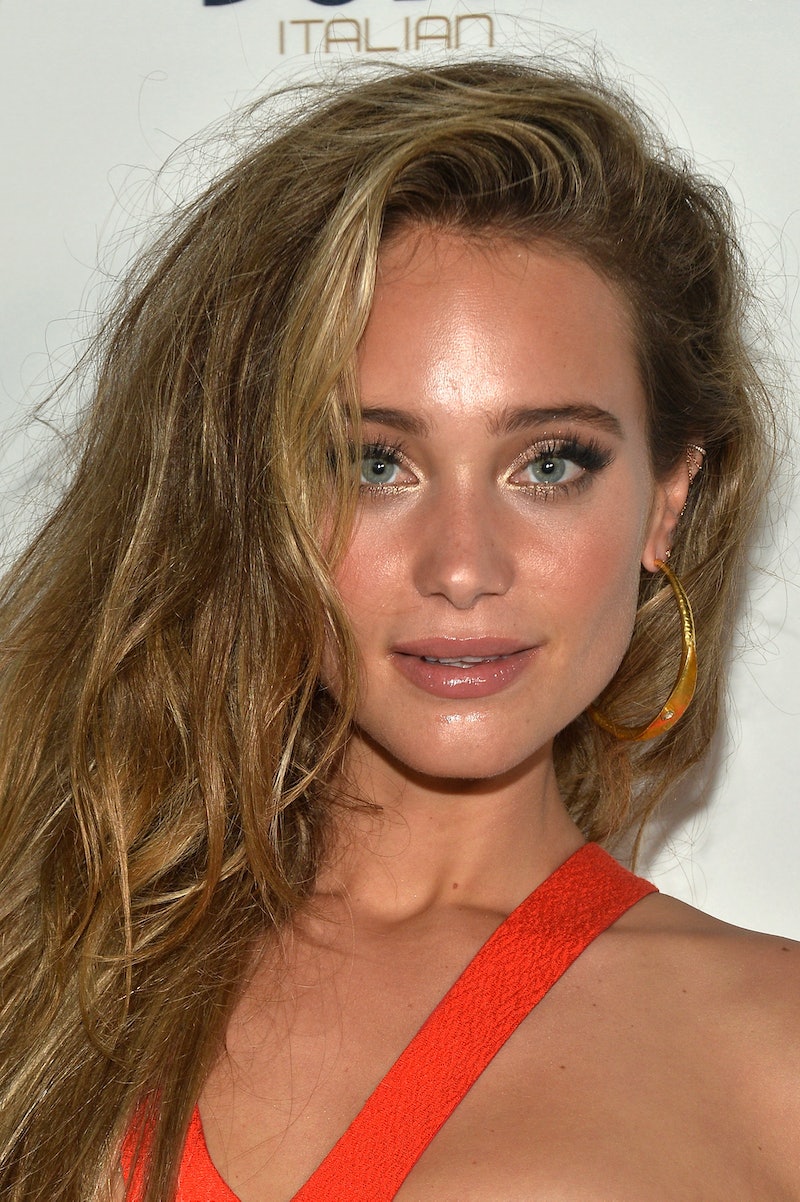 Another day, another magazine cover breaking the Internet. Finally, however, it's not the fault of a Kardashian! Hannah Davis's Sports Illustrated cover for the 2015 Swimsuit Issue, which features a very, very sexy photo of the model in a string bikini (duh — what were you all expecting?). Some are debating whether or not she's a little too close to showing us all her lady parts in the photo, and, of course, wondering if Hannah Davis has a boyfriend. Surely he'd have some opinions on the cover, right?

Well, since Hannah Davis and Derek Jeter have been dating since 2012 (with just a brief breakup in 2014), I think we can probably assume he's incredibly supportive of her modeling career. Honestly, Davis got the short of end of the stick in this relationship — imagine being forced to root for the Yankees all the time?! How tragic. (Sorry, my New England is showing.)

The couple keeps their relationship pretty quiet, and there hasn't been much to report since their alleged secret engagement slash maybe secret wedding ceremony (which was definitely just a rumor) on Long Island back in the fall of 2014. Jeter certainly hasn't released an official statement on the SI cover — and why should he? It's Davis's awesome accomplishment, and if she loves it, we love it too.