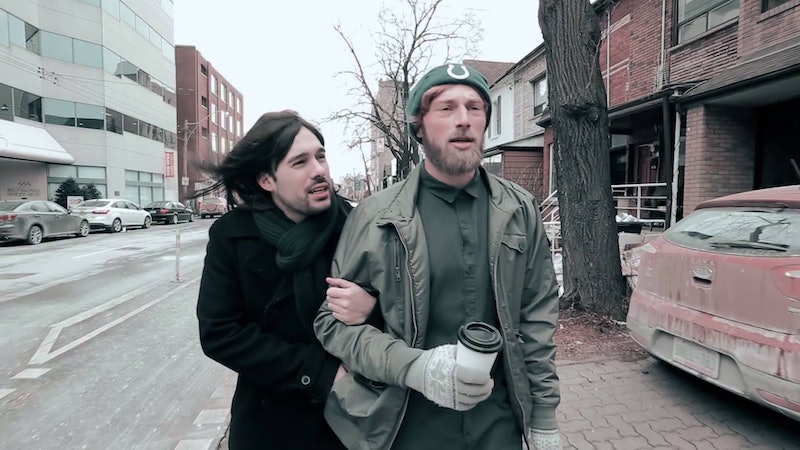 Nothing says “I love you” like a horror movie parody of your relationship, right? YouTube user and genius (because I say so) filmmaker Patrick Maloney decided to go the creative route when celebrating his girlfriend’s birthday this year: Instead of the traditional cards or flowers, he made a fake movie preview for her, portraying the overwhelming awfulness of trying to decide on a restaurant. Anyone who has ever been in a relationship will recognize the source angst at the center of this movie, aptly titled The Decisioning: the eternally maddening question, “Where do you want to eat?” (The meltdown-inducing capacity of this question is only rivaled by its close relative, “What do you want to watch?”) As the film’s couple, Patrick and Natasha, debate the virtues of burgers, Thai, and taquitos the tension—and the hunger—reaches dangerous heights. The preview doesn’t show us how this film plays out, but I assume that the only outcomes can be either intense sobbing or murder.

Maloney casts Nick Latimer as himself and Ezio Bondi as the indecisive girlfriend, Natasha. Maloney himself takes on the role of an antisocial cat. The movie boasts two prestigious reviews: one from Roger Ebert and the other from the illustrious LemonParty.org, declaring, “I got hangry just watching this film.” And maybe that’s the true message of this movie: Don’t fight hangry. It only leads to violence.

Great gift, Pat! I’m sure Natasha will have an amazing birthday—but maybe don’t ask her to pick the restaurant.