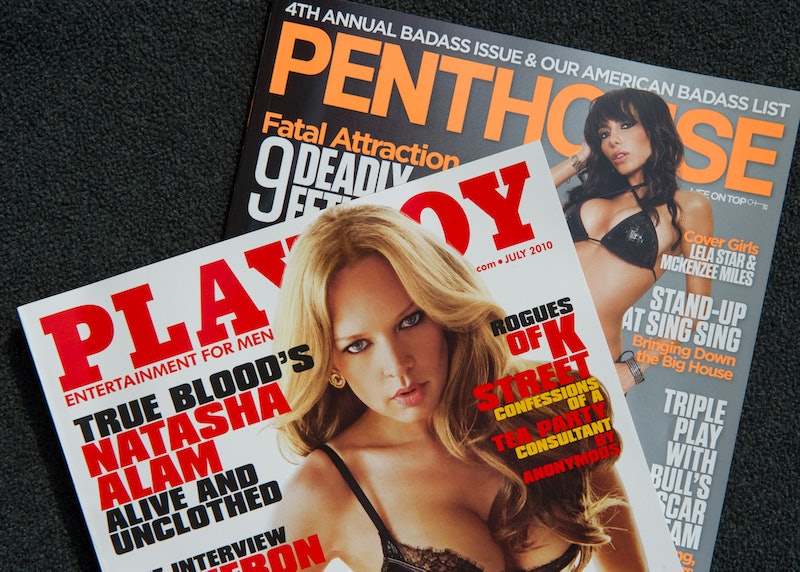 What do these women notice when they read Playboy for the first time? Well, for starters, the gratuitous amounts of boobs and butts scattered throughout the issues, starting from the 60's all the way to the mid 2010s. Surprised? You shouldn't be, and neither were they, because if there's one stereotype you should have attached to Playboy magazine already is that you'll see a lot of tits and asses, probably white tits and asses, and they will probably heavily photoshopped.

But they also noticed some other interesting things as they sifted through 40 years of Playboy issues, like how beauty standards have shifted and transformed through the years, exemplified by the fact that women were shown in the 60s through 80s with a lot of pubic hair (or a whole lot of bush, as pointed out by one of the people in the video), less bush as time went on, and no pubic hair at all in the 2000's. They also noticed that they weren't really looking at these women as if they were actual women, but, as a participant points out, objects.

The most salient observation from the video, though, remains along the lines of "what the heck are you doing, Playboy magazine? Serious journalism or objectified butts? Make up your mind, we're all really confused."

Check out these women's reactions to reading Playboy for the first time: