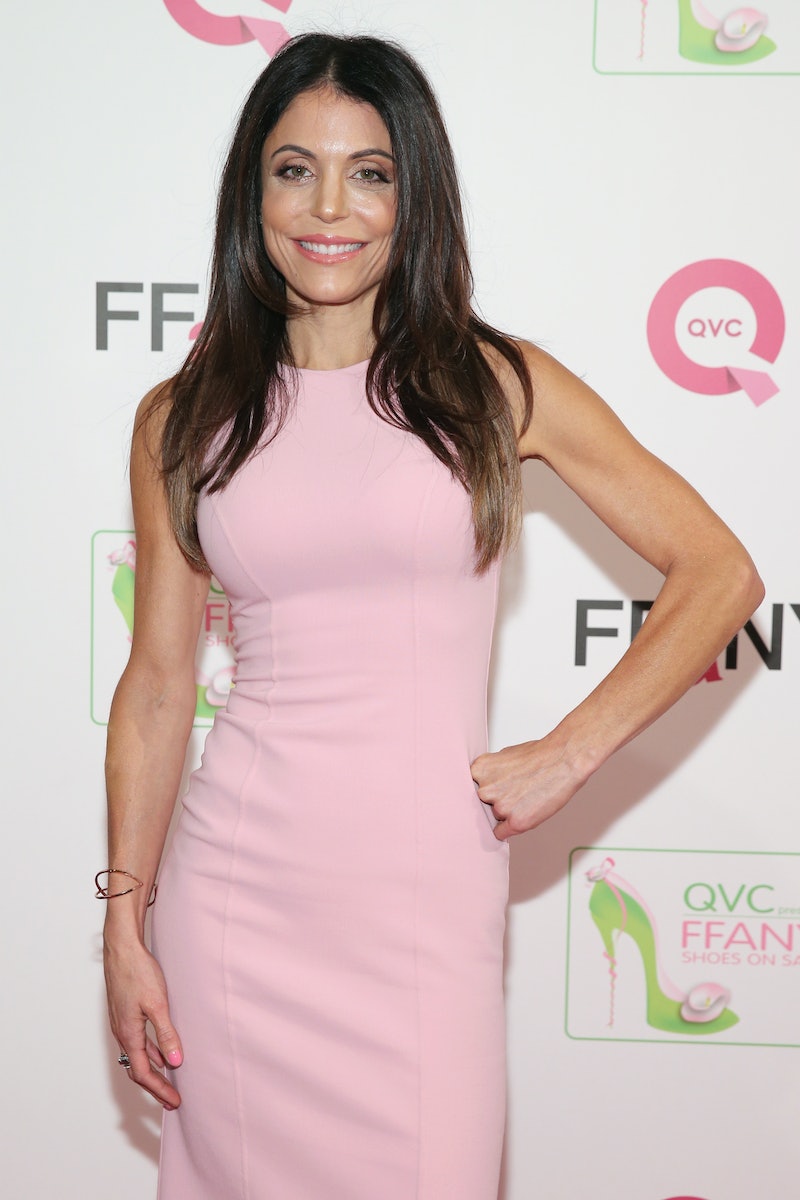 Talk about a random #TBT photo. Ever since the Saved by the Bell cast reunited on The Tonight Show, fans of the series and those who grew up in the '90s can't get enough of all the good memories we had when Zack, Kelly, Slater, Lisa, Jessie, and Slater were on the air. Guess what? Apparently, this Real Housewife of New York City can't help but throw it back too. Bethenny Frankel shared a photo with Screech, aka Dustin Diamond, and it will definitely add to any randomness you experience this TGIF.

As you can see from the photo below, a very young Frankel and Diamond pose together (I'm not sure who the other two people are) on the set of Saved by the Bell. It looks like it was during those beach episodes, where the gang worked with the Carosis. The photo caption reads,

Just saw the Saved By The Bell reunion vid from @FallonTonight... So many memories with that cast/crew! #TBT

For those who don't know, including myself, Frankel worked as a production assistant on the beloved teen dramedy. She once revealed on her now-cancelled talk show that when she moved to L.A., "all [she] wanted to do was be an actress." Frankel continued, "I wanted to be one of those actors or celebrities. They looked like they were having so much fun…"

Thank you, Frankel, for sharing this amazing throwback photo, because I can never get enough of Saved by the Bell.