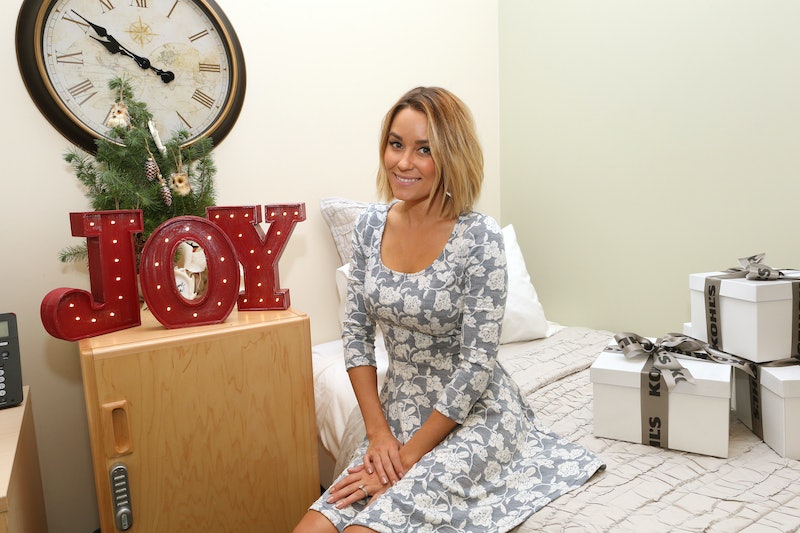 Girl from the expensive condominium next door Lauren Conrad wants you to know that she doesn’t really “get” selfies, because they take up so much time she tells Cosmopolitan in a interview about her new Disney collaboration with Kohl’s. Times a-tickin’, she says, and how’re we going to accomplish anything in this short life if we’re biding our time with photos of our own faces?

“[W]hen I see someone who takes a lot of photos of themselves, it doesn't make sense to me,” says Conrad, “because you know they took, like, 30 to get that one, which means they wasted a lot of their day taking pictures of themselves.” Put away childish things and throw your selfies to the wayside, you fools.

But let’s talk about her lob, though.

Conrad has some important things to say regarding the second most important thing for which she is famous: her haircut. “Honestly, I considered cutting it for a long time before I actually did it, but I couldn't touch it before the wedding. I was [originally] thinking of going for more of a lob, so we cut it in stages,” she tells Cosmo. But certified badass Lauren Conrad wasn’t ready to stop there. “But I ended up going shorter because it was cooler; it felt a little too safe to keep it shoulder-length.”

Conrad includes some tips about appropriate styling methods for getting her breezy lob/bob look, which you can read in full over at Cosmopolitan . This is of course useful information if your cut is anything like mine, and if your attempts at shorter hair have you looking more like a Hanson brother than a Disney princess.