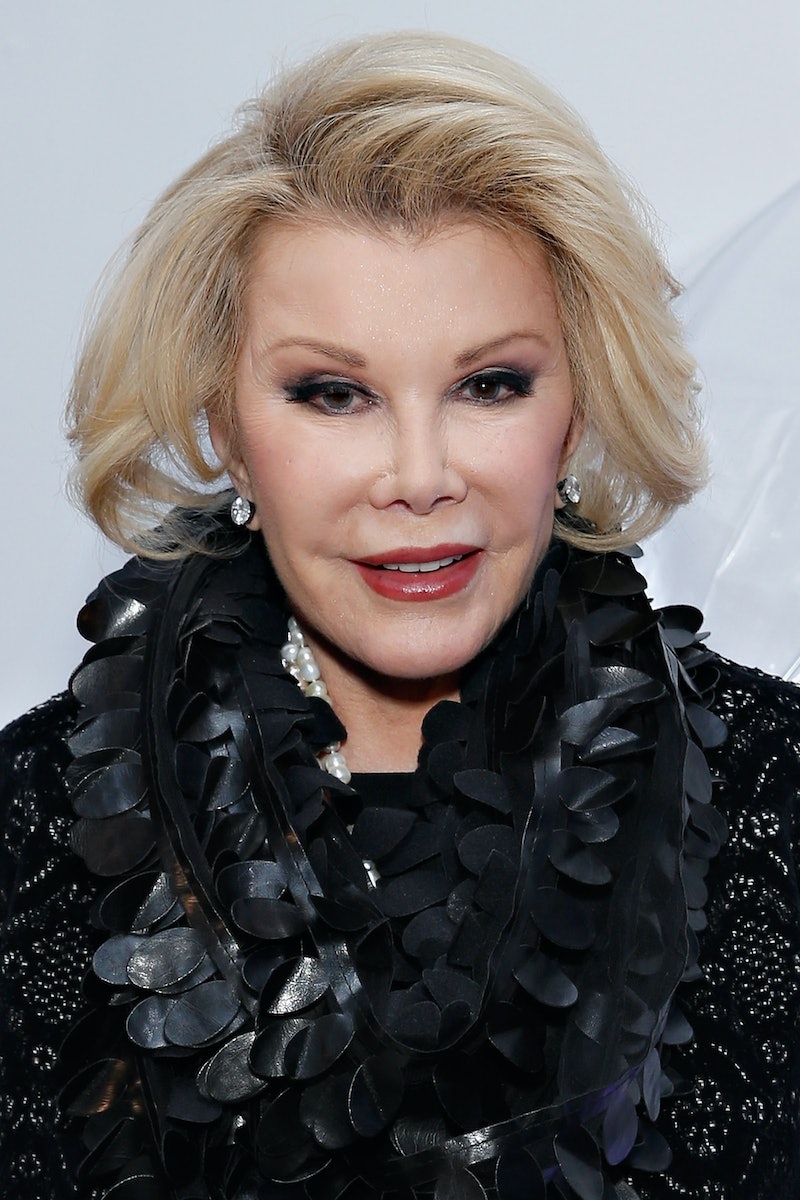 The only downside to the Grammys is that there are so very many awards bestowed upon incredibly deserving nominees that we don't get to see on air. Unfortunately, the three hour time slot is simply not enough to encompass all of the talent recognized by the National Academy of Recording Arts and Sciences of the United States. For instance, Grammys such as Best Spoken Word Album are announced beforehand and don't get their due time to shine on stage. And this particular Grammy was just awarded to the incomparable Joan Rivers, posthumously.

The comedienne received the award for her album, Diary of a Mad Diva. And, as The Hollywood Reporter relays, she beat out an impressive group of people for the win. The site names the fellow nominees as, "James Franco's Actors Anonymous, Jimmy Carter's A Call to Action, John Waters' Carsick: John Waters Hitchhikes Across America, Elizabeth Warren's A Fighting Chance and Gloria Gaynor's We Will Survive: True Stories of Encouragement, Inspiration and the Power of Song." This shouldn't come as a surprise, though. Rivers talent and ambitiousness spoke for itself.

Rivers' daughter and grandson, Melissa and Cooper, are in attendance at the Grammys and it would have been an undoubtedly touching moment to see them to accept the award in honor. Alas, her winning the award in and of itself is a sweet and respectful ode to the comedy maven, five months after her untimely passing.