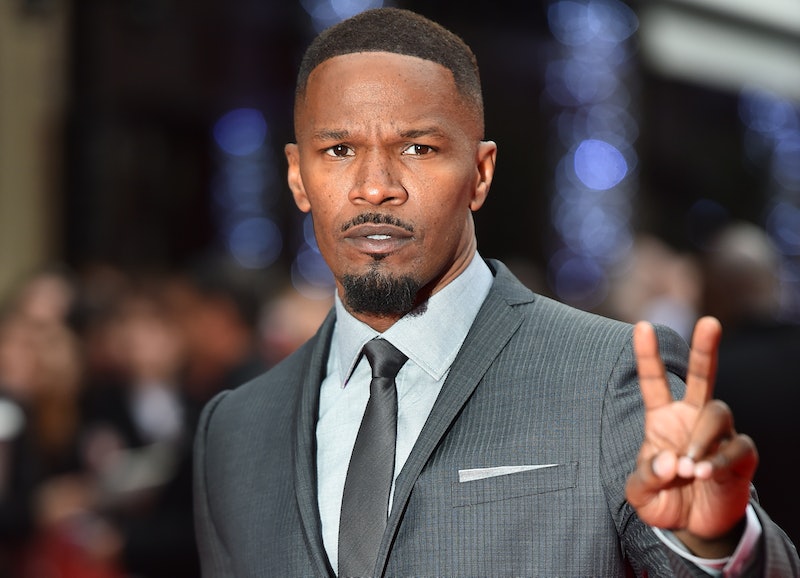 Did you tune in to the biggest music awards show of the year? Sunday night brought music lovers together thanks to the 2015 Grammy Awards, where we not only watched Sam Smith take home a lot of gold gramophones and were in awe of Annie Lennox rocking it out on stage, but we also got to see Kanye West pull another Kanye (surprise, surprise). Those weren't the only talked about moments, though. You know who else people can't stop fawning over? Jamie Foxx's five-year-old daughter, Annalise. Not only is she one adorable little girl, but she is now the one person we should all be jealous of. Why? She has a lot of envious photos from the evening, because she went around taking photos with all of the huge stars, all while showcasing one fantastic pose.

As you can see below, Annalise posed with Madonna, Jay Z, Katy Perry, Taylor Swift, among many others. First of all, how adorable is she? Second, how jealous are you of her? Third, I love how genuinely happy these musicians look while posing with Foxx's daughter. Granted, I'm sure Foxx asked if Annalise could get a picture with them, but then again maybe she went up to them herself, because she just looks that amazing. Whatever the case, Annalise is a star in the making. Now, let's check out these photos.