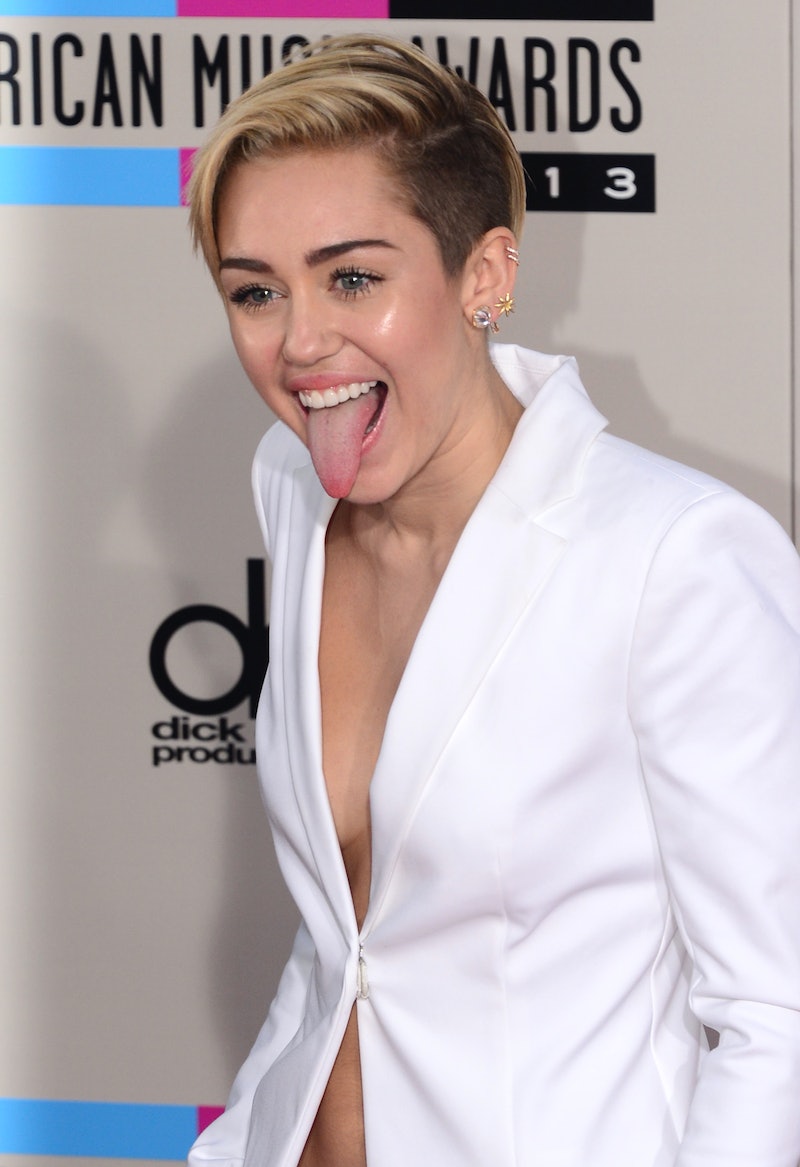 OK, I have to admit that I'm an old dinosaur who only knows about Cody Simpson because of my very hip cousin who's a sophomore in high school and because of (shh...) Dancing with the Stars. That said, he's also been on my radar, because he's the on-again, off-again beau of Gigi Hadid, someone who's been making headlines left and right between the upcoming NYFW/her brand new brand ambassadorship with Maybelline. Well, get this: Sometime-girlfriend aside, he's making major waves in other ways too. Cody Simpson and Miley Cyrus designed T shirts together (insert "Surfboard" pun here).

Anyway, he and Miley have been friends for a while now (she was present at his wild 18th birthday when he got his phone ruined by an impromptu swim — poor guy got pushed into the pool), but now they've taken things to the next level (professional level, that is — he's still dating Gigi, and Cyrus's still with Patrick Schwartzenegger). She created some original artwork for the album cover of his new single "Flower," and now the art will be gracing some T-shirts — all of which are sold to benefit charity by the way (the Happy Hippie Foundation, an organization Miley has partnered with that helps homeless youths).

Miley revealed the Cody Simpson-inspired shirts on her Instagram account, and they're quite cute in a Brandy Melville way — in other words, absolutely perfect for their shared fan demographic!