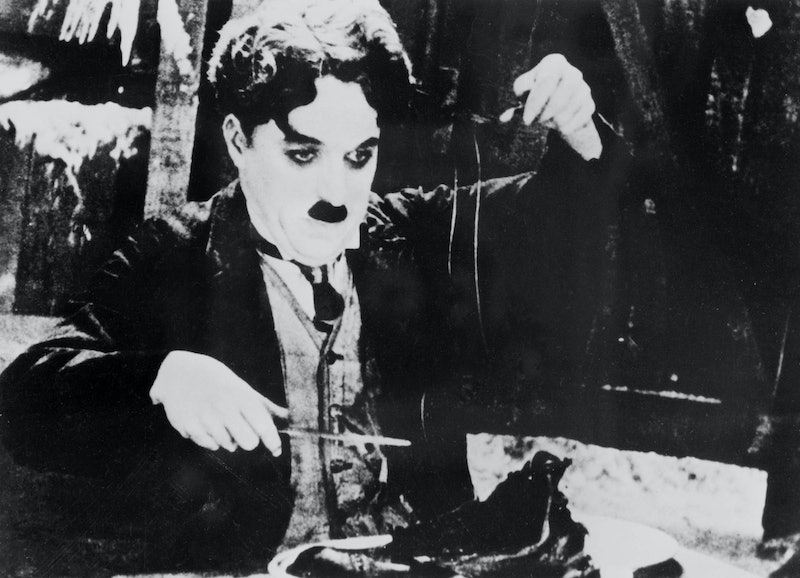 It turns out Kanye West isn't the only person trying to steal awards this season — thieves in Paris have stolen Charlie Chaplin's first Oscar from 1929 according to The Hollywood Reporter. The statue is worth over one-million dollars and was taken from the headquarters of the Chaplin Association. Along with the Oscar, thieves also took a set of Chaplin's pens which were valued at $90,000. A police officer told the newspaper Le Parisien: "The perpetrators of the break-in targeted only those objects and nothing else. They were perfectly informed." It seems whoever stole these artifacts were insiders so their criminal acts are all the more dubious — WHO STEALS FROM ONE OF THE MOST BELOVED FILM ICONS IN HISTORY?

The silent film star was famous for making humor out of particularly dark scenarios. The Chaplin Association works to preserve the cinematic legend's work as well as various endeavors to educate the public on Chaplin's impact and importance in the film industry. The Oscar which Chaplin took home in 1929 was an honorary award for his film The Circus and was in recognition of his “versatility and genius in acting, writing, directing and producing." Though most of us know Chaplin as the mustachioed Little Tramp onscreen, he was also hugely involved behind the camera and as a writer. Chaplin was a true artist whose legacy will live on for many years. I can only hope his belongings will return to their rightful homes.

Stealing very personal items from one of history's finest and most adored filmmakers you say? Well:

Hopefully these jerks will come to their senses because, seriously: