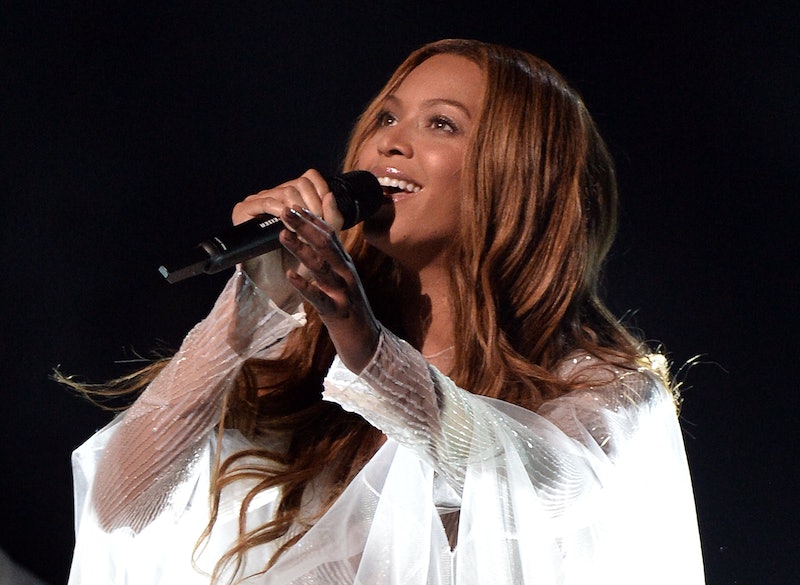 If there's anything we can all agree on in this world, it's probably that if your goal is to be Beyoncé or at least to one day embody the awesomeness that is Beyoncé, then you're doing pretty well for yourself. Everything else? Doesn't really matter, but the respect for Beyoncé is constant. Given this, it only makes sense that if there's a chance to own a piece of jewelry that Queen Bey once sported, there will be some rich, rich person who will jump on the opportunity. Well, wealthy Beyoncé fans of the world, prepare yourselves, because your day has come. You can now buy Beyoncé's diamond necklace from her 2015 Grammy Awards performance for only $132, 680.

The unique Monique Péan bauble is available for purchase via Christie's Auction House. The necklace was created exclusively for the Christie’s Curated by Latest Revival sale. So don't you worry, it's not like you have to put on pants and appear in person get your hands on the jewels that once brushed against Beyonce's skin. Of course not — that's what the Internet is for, right? If not for the ability to drop 130k on necklaces in a split second, why else would we have Google? You can purchase the necklace directly from the website. Simply click "add to basket," and go on your way. It's like you're shopping for produce at a virtual grocery store, really. Except not. Not really at all.

Yes, it's very expensive, but this is Beyoncé. What did you expect? And I mean, just look at those photos from her performance. Own this necklace and you become not only a Beyoncé look-a-like, but you are also incredibly close to actually being an angel... a very, very poor angel who just spent years of rent money on a necklace. But still, you look good. And that's all that really matters, right? Of course.