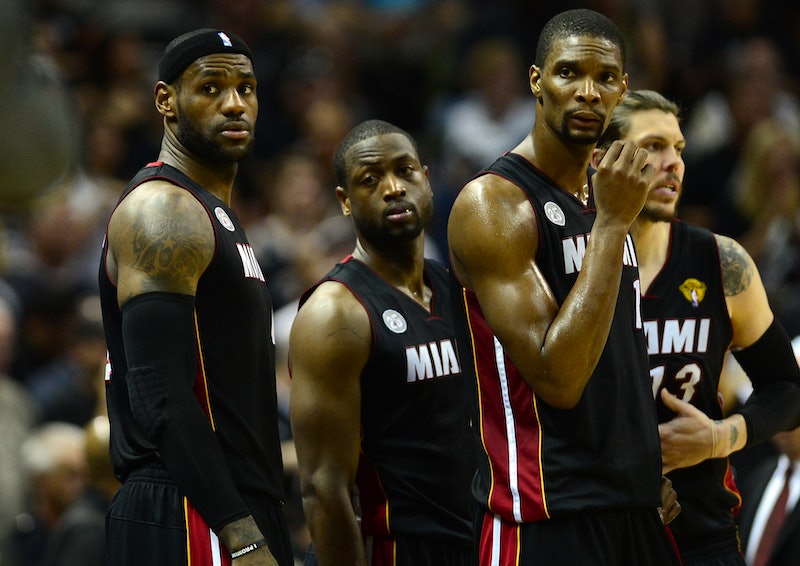 In addition to shooting slam dunks on the court, many basketball players also score when it comes to fashion — and they're gaining recognition for it. NBA superstars like Lebron James, Amar'e Stoudemire, and Carmelo Anthony have garnered much attention for their on-trend fashion choices, proving their talents extend far beyond the courts. With Fashion Week being held in NYC this upcoming weekend, it seems that certain athletes want to get in on the fashion fun. The NBA is hosting its first ever fashion show as part of the All-Star games this weekend, because who doesn't want to see some hunky athletes strut their stuff, right?

Orchestrated by Lebron James' Springhill Production Company, the fashion competition will include three parts — dressing for the boardroom, for a game (pre-uniform), and for a night out. I'm especially curious to see how the players will dress stylishly while getting ready to shoot hoops. Among the participants are all-stars from the Houston Rockets, Sacramento Kings, and Golden State Warriors. Maybe Lebron himself will make a cameo? Fingers crossed.

In celebration of this marriage between fashion and sports, let's take a look at some of the most dashing looks from the NBA's greatest.