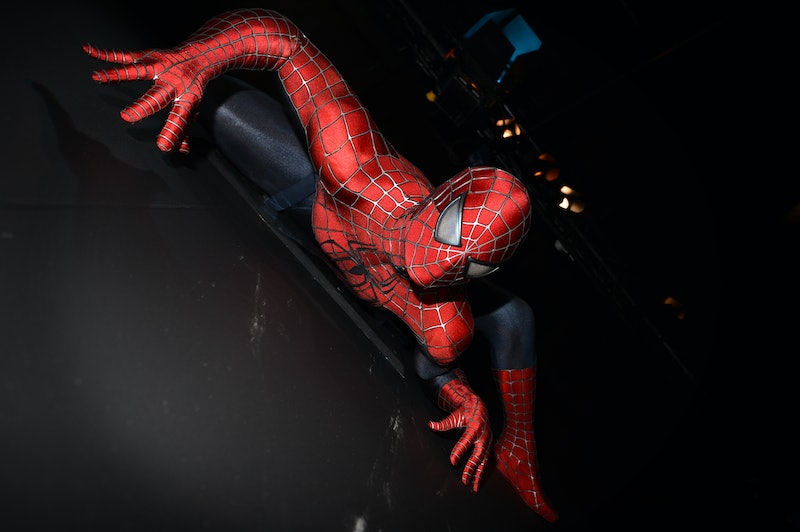 It was certainly a momentous moment when, late Tuesday night, Marvel announced that Spider-Man would be joining the Marvel Cinematic Universe. A deal had been made between Marvel — one of the most powerful movie studios out there — and Sony, another one of the most powerful studios out there. It is a beautiful, crazy-pants union, and it's a big deal for movies both in and out of the Marvel Cinematic Universe. It also means more Spider-Man in our lives. And now, you know what all of those things mean: Memes! The first of the Spider-Man memes arrived just in time on Tuesday, in the form of a trending hashtag, #PutSpiderManInEveryMovie, on Twitter.

#PutSpiderManInEveryMovie is, yes, pretty much exactly what it sounds like. Now that Spider-Man is going to be in even more movies than we thought he would be, the question must be raised: What if he were in all the other movies in the world, too? Why not just put him everywhere? The world is Spider-Man's oyster! The options are endless! A Jane Austen adaptation? Sure! Terminator: Genysis? Could use some Spidey! All of next year's Oscar nominees? Yep. All of this year's Oscar nominees, retroactively? Yeaaah.

Here's the best of #PutSpiderManInEveryMovie so far:

As Did the Spider-Related Jokes

I Mean, You Can't Not Throw Frodo In There

Or A Steinbeck Reference

The Puns Really Were Out In Strong Force

Samuel L. Jackson's Already In the MCU, So...

Spiders Probz Appreciated This One

This One Probably Has a Very Disappointing Ending

And Jack Dawson Is NOT Feeling This One