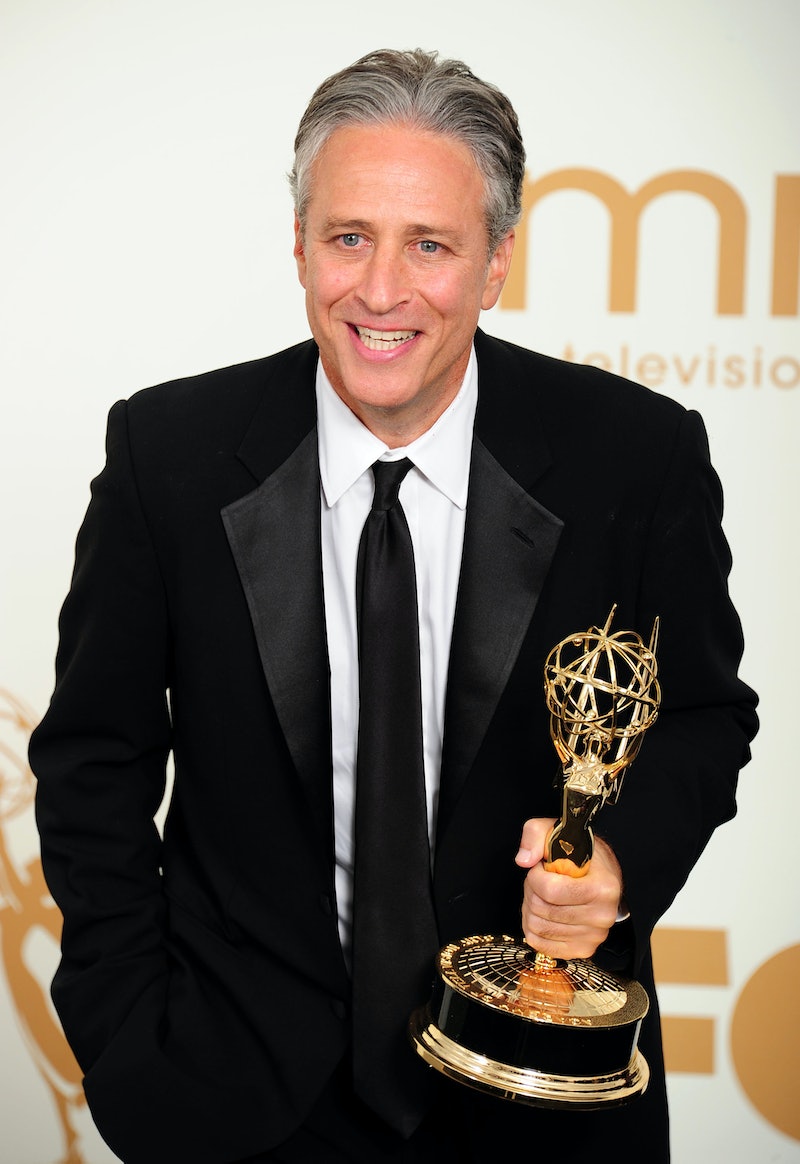 As you probably know by now, and are still trying to deal with the emotional trauma of, Jon Stewart is leaving The Daily Show and breaking the collective hearts of millions. My mourning process thus far has included scouring YouTube for throwback footage of young J. Stew, which has led me to a particularly bittersweet clip of one Craig Kilborn interviewing Jon Stewart on The Daily Show right before he took over. Prepare yourself for the way-back-Wednesday clip to end all way-back Wednesday clips.

Below is a clip of The Daily Show's former host, Kilborn, passing the proverbial torch to Stewart on December 16, 1998 — just a few weeks before Stewart became the show's anchor. And, boy, do they have fun! They watch a SUPREME throwback clip of Stewart as a villainous high school teacher in a late-'90s Josh Harnett movie. Stewart identifies himself as a pop tart man. Like the true class act that he is, Stewart profusely compliments Kilborn on his work as the show's inaugural anchor. When the former host asks Stewart what changes he plans to make, Stewart says, "Changes?! This is The Daily Show, man. Why don't I just draw a mustache on the Mona Lisa, for God's sakes!"

Little did Stewart know, as the turtleneck-clad, wispy-haired young spark plug that he was in the late '90s, he would transform this show into a social commentary juggernaut and become a comedy legend in the process. With that, here it is, your moment of Zen. Life happens so fast.

If you've broken down crying at your desk, I apologize for coaxing you into a workplace-unacceptable outpouring of all your feels. I'm sure that your co-workers are probably coming by and cautiously asking if you're ok. If you just force out Stewart's name in between sobs, I'm sure they'll understand. Then, everyone can have a good cry together. It helps to let it all out.