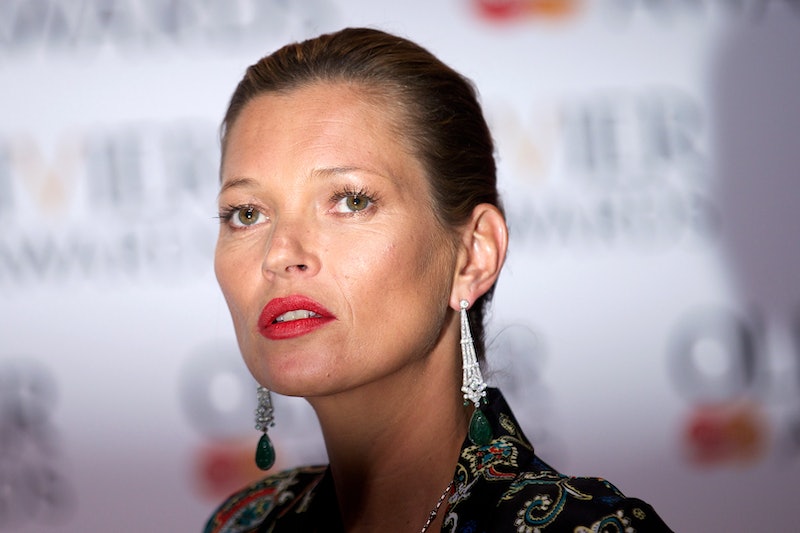 If you require a bit of preparation before venturing into the premiere of Fifty Shades of Grey this weekend — and with the type of content in the film, who doesn't? — Vogue Paris has you covered. Kate Moss covers Vogue Paris' March 2015 issue in a decidedly daring look. With alternative covers of Daria Werbowy and Lara Stone, the racy result is nothing short of provocative. Fashion Gone Rogue notes that the crossed-leg position all three models assume is reminiscent of Sharon Stone's infamous Basic Instinct scene, but their garments and styling take the reference to an entirely new stratosphere.

Clad in a black leather trench coat with crimson stitching by Prada, black stay-up stockings, and black pointy-toe heels, Moss, Werbowy, and Stone issue a direct scrutiny of the camera lens that would have even Christian Grey squirming in his seat. A nude lip and luminous makeup shift attention to the attire, while tousled locks suggest deviant behavior.