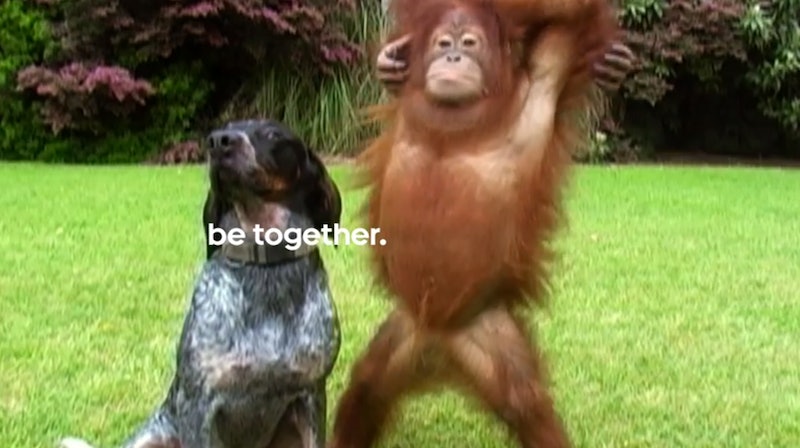 It’s official: Google is responsible for The Cutest Commercial of 2015. Every other commercial hoping to win the crown might as well let that dream go, for the crown has already been won. You may think it is too early in the year to declare an advertisement The Cutest Commercial Of 2015, but I am totally confident that the Android ad/critter BFFs highlight reel has it in the bag. Like, the only way the "Friends Furever" TV spot could achieve even more preciousosity would be if a real Yellow Labrador puppy suddenly appeared in the arms of whoever was watching said ad. So, what is it that makes "Friends Furever" so stinkin’ presh? Well, the commercial follows a simple, albeit foolproof formula: unlikely animal friends + a sweet little tune from a beloved movie. No, your ears doth not deceive you: That song in the Android commercial is from Disney's 1973 animated classic Robin Hood. "Oo-De-Lally" was written and recorded by singer/songwriter/musician/actor Roger Miller, aka The Rooster, aka the narrator of the movie.

I'd venture to guess it's been nearly two decades since my last viewing of Robin Hood, and darn if watching this doesn't make me wish I had my old VHS collection and a VCR in my apartment:

Every time I see that orangutan topple over at the end of the ad, I topple out of my chair: