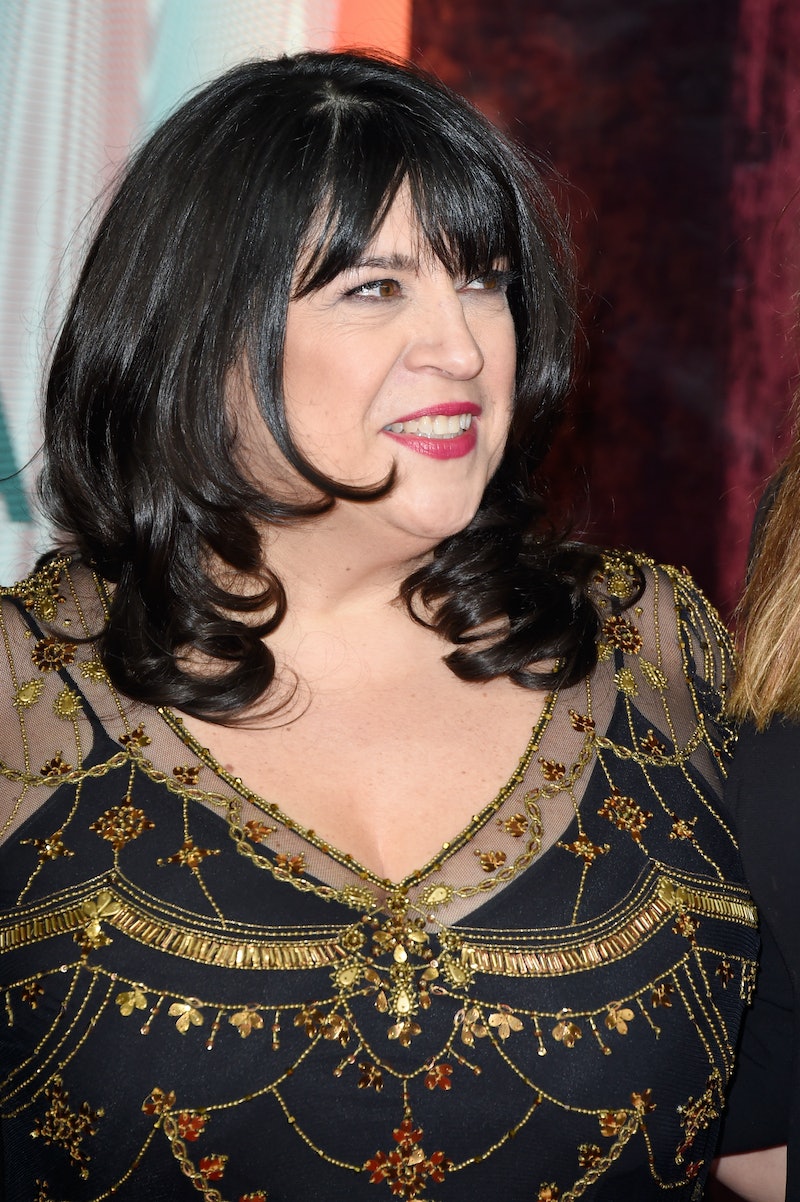 Everyone's talking about the ultra-fashionable Dakota Johnson's black silk Dior at the Fifty Shades of Grey premiere — whether it's to complain that it was too plain, or whether it's to extol its Parisian simplicity (the matte cool red lip and that sparkly cocktail ring are kind of the perfect minimal accessories, after all), there's no doubt it's generating almost as much buzz as the movie's steamy subject matter. That said, I think it's time to shift focus from Dakota to the book's author E.L. James' stunning red carpet turn: She wore a navy blue and gold Jenny Packham number that was an absolute showstopper.

James walked the red carpet with her husband Niall Leonard at the Berlinale Film Festival on Wednesday, and there's something very fetchingly retro about the dress — it's like a touch of the romantic empire-waisted dresses from Titanic mixed with some of the moneyed flair of Downton Abbey. The dress itself has a delicately sheer overlay (complete with ladylike cap sleeves), along with some of the prettiest gold embroidery, crystals, and beading around.

And hey, good on you, Ms. James — Jenny Packham is famously one of Catherine Middleton, Duchess of Cambridge's favored designers, so way to dress like royalty.