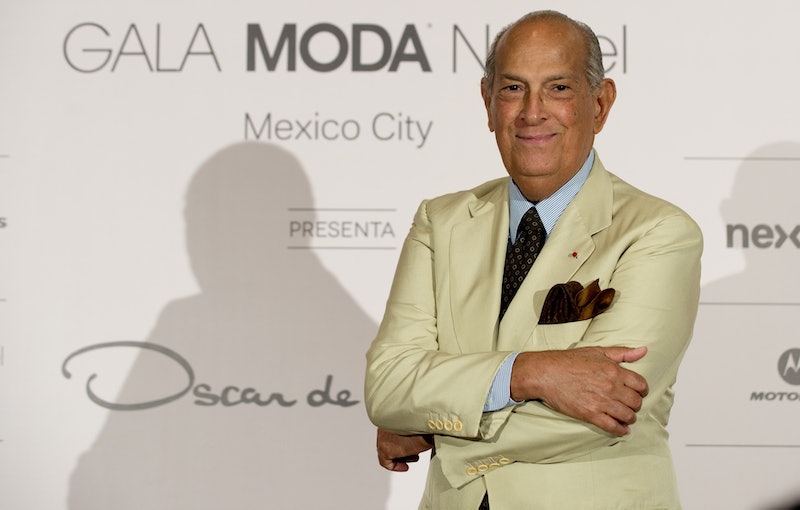 Move over Broadway, St. Marks Place, and Park Avenue. It's time for another New York City street to become as legendary as those aforementioned hot spots, and everyone already knows its famous name: Oscar de la Renta. Yup, that's right! The late, great Oscar de la Renta is getting a New York City street named after him, and I can't think of anyone more deserving of the honor.

New York is a stomping ground for designers, models, buyers, and street style stars, especially during fashion week. But on Tuesday night at the opening of Made Fashion Week, the eyes of the fashion elite were all on Mayor Bill de Blasio as he announced that a NYC street will be renamed in honor of the famous designer, who passed away in October 2014 at the age of 82. "The great thing about fashion is that it always looks forward," said de Blasio, paying homage to one of de la Renta's famed quotes, reports Fashionista.

The exact location of the bound-to-be chic street has yet to be disclosed, but The New York Post claims it to be somewhere in the Bronx. The mayor also promised a hefty $15 million of financial aid to Made in New York, a fund dedicated to increasing NYC's fashion industry, which de Blasio credits with supporting our oh-so-fashionable city with billions in tax revenue and employee wages, and thousands of stable jobs.

Seriously, could you think of a better way to honor de la Renta than to literally make him a part of the city whose glamorous and beautiful legacy he helped create? "He will forever be ingrained in the fabric of the city," the mayor promised. And now, he will be forever written on the map.