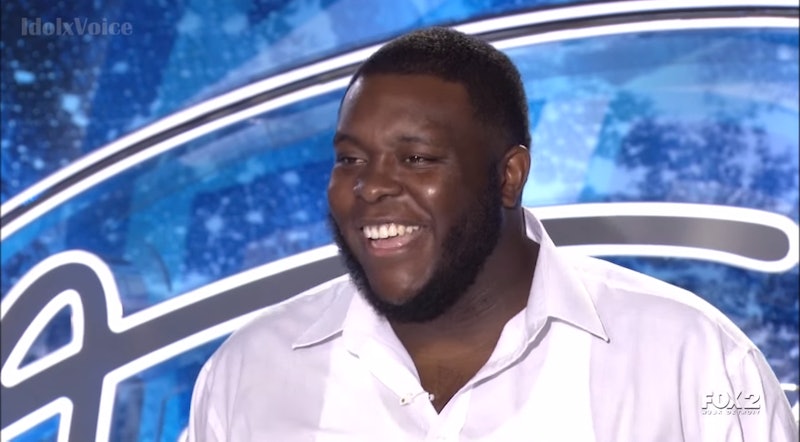 American Idol group rounds were everything they promised to be — dramatic, stressful, and full of talent. But you're wrong if you think there's no longer any reason to watch. It's time for Hollywood Week Solo Rounds — and we're in for just as much drama and twice the talent as we saw in the groups. The beginning of solo rounds did not disappoint on the drama front. "Big Ron" Wilson had some creative differences with music director Rickey Minor, which led to some doubts as to whether he would pull off a successful performance.

The issues between Wilson and Minor began during Wilson's initial rehearsal with the band. He couldn't get on the same beat as the band and blamed it on Minor's poor direction. As a performer, it can be difficult to work with a band you're unfamiliar with — they don't know your style, quirks, or creative vision for the performance. But as a professional, Wilson should have kept his cool and calmly explained his frustrations to Minor, rather than work up an attitude and stalk offstage like a diva.

Fortunately, Wilson recovered from his diva moment and delivered a confident and quirky performance of "Let's Get It On." He's extremely talented and brings a unique, over-the-top personality to the Idol stage. It seemed like he had a pass to the next round in the bag — but then he opened his mouth. Seriously, WHY would Wilson bring up his dispute with Minor to the judges? Sure, it gave him some time to vent out his frustrations and place blame on someone else for any shortcomings for his performance, but it showed that he was hard to work with. Ultimately, this was probably the comment that kept Wilson from continuing on in the competition. Sorry, Big Ron — next time you have a chance at achieving your dreams, remember to play nice with others.