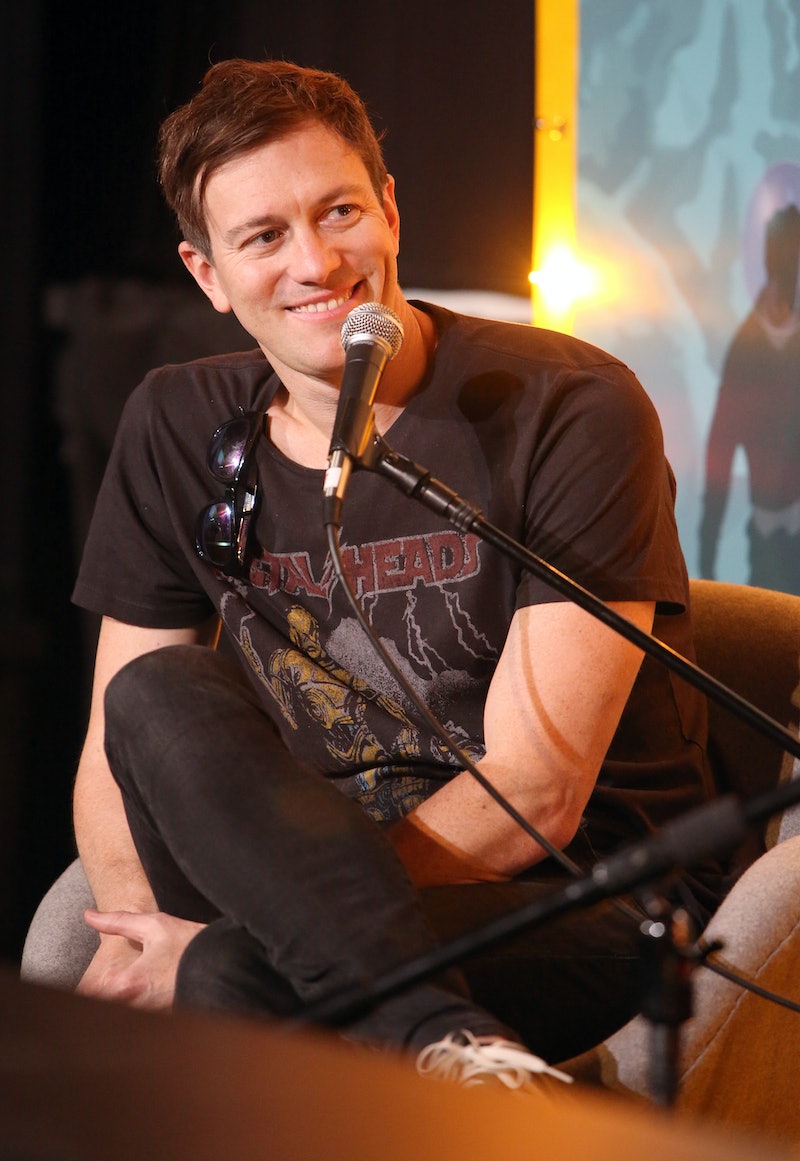 I haven’t seen the inside of Taylor Swift’s bedroom, but I imagine somewhere on her wall is a framed, artsy to-do list with a heavy line through the bullet point for "Turn Twitter Upside Sown." Case in point, the release of Swift's new music video for the song "Style," directed by Kyle Newman, has caused social media sites and the media into a bunch of freaking-out fan girls. If you haven't yet seen it, I implore you — watch it. It's sort of manic in an oddly soothing sort of way and, as everyone is seemingly pointing out, it shows a way more mature singer-songwriter than ever before. If we all thought Swift's new BFF Madonna is the "queen of reinvention," the 25-year-old may just have the Material Girl running for her money.

But, more importantly, who is Newman, the dude who inspired Swift to go forth with this abstract style (unintentional puns will abound) of the "Style" video? As it turns out, you probably (indirectly) know him pretty well.

Newman is actress Jaime King's husband, who, as you probably know, is one of T. Swift's good friends. So, perhaps this is an "I'll scratch your back if you scratch mine," type deal?

You can thank him kindly for these celeb filled vaca pics:

3. According to IMDb.com, he directed these other whimsical music videos for Miss Lana del Rey

4. And, he gets bonus points in creativity because he and King made this really adorable human

In the words of Jack Nicholson, "You can't HANDLE the cute!"