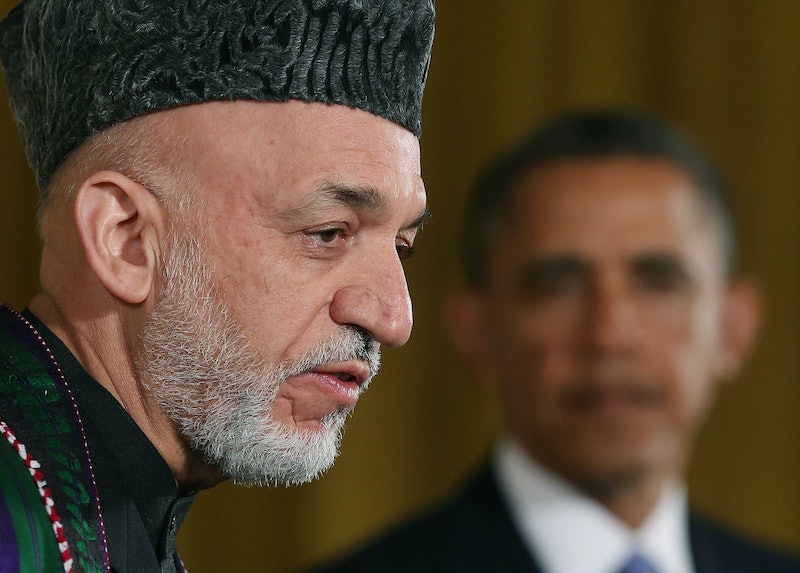 Just one day after the Taliban announced that it is finally ready for negotiations with the government, Karzai's office released statements condemning the group's “messages of a continuation of war and bloodshed,” and criticizing the U.S. for its under-the-table negotiations. As the AP reports, yesterday's announcement did not go as planned:

"Karzai had said Tuesday that he would send representatives from his High Peace Council to Qatar for talks but aides said he changed his mind after objecting to the way the announcement was handled, in particular the Taliban's use of its formal name 'Islamic Emirate of Afghanistan' in opening an office in Doha.

Shafiullah Nooristani, a member of the High Peace Council, told The Associated Press that the use of the name violated agreements Karzai's government had made with the U.S. and caused diplomatic issues for Afghanistan.

'The agreement was that the office should open only – and only – for negotiations, not as a political entity like a parallel institution to the Afghan Embassy which is already there," Nooristan said.'

The talks Karzai has suspended center upon a bilateral security agreement that would allow American troops to stay in Afghanistan after 2014. The only way Afghanistan would be open to the talks, Karzai said, is if they are moved from Doha to Kabul. A U.S.-led NATO coalition officially handed over power to Afghan forces on Tuesday.