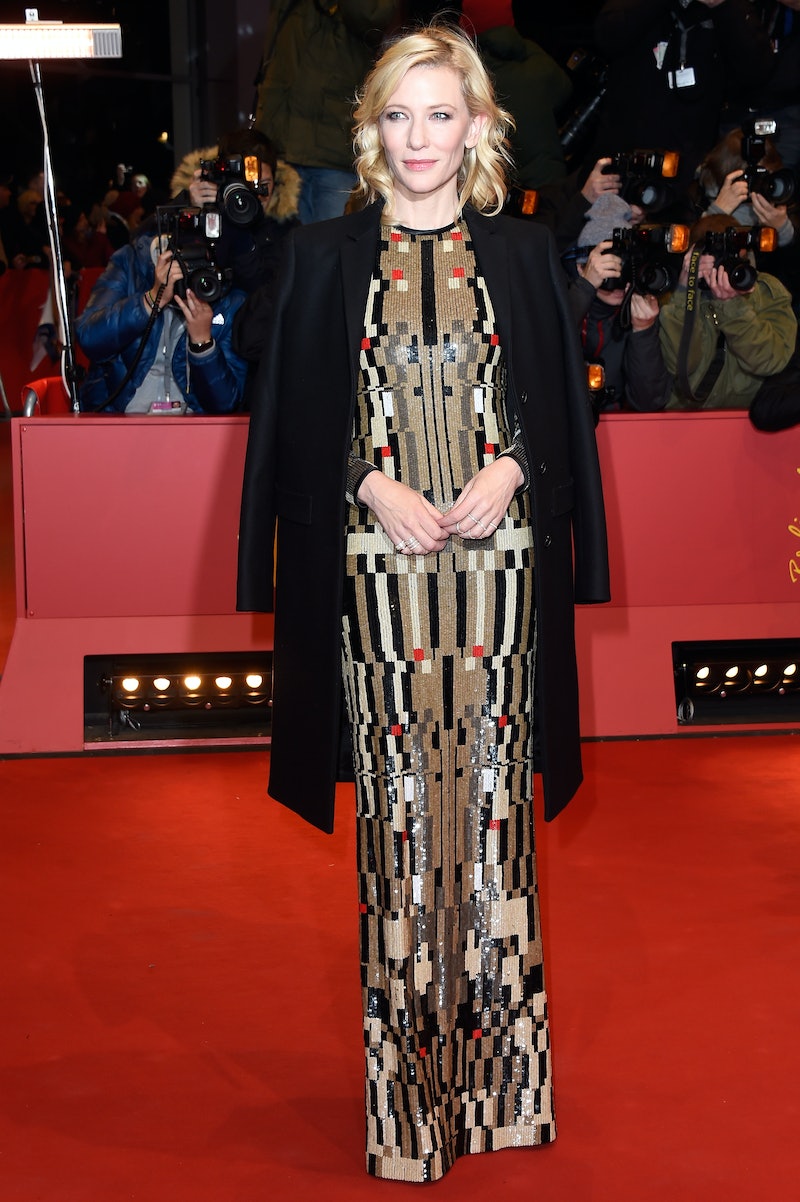 While the Internet is still abuzz about Kim Kardashian's tight brown suit from the Yeezus show, I can't keep my eyes off of Cate Blanchett's Cinderella premiere dress. The fashion icon stunned in a Givenchy gown that can only be described as trippy-sophisticated.

It's no surprise that Blanchett showed up in something so unique — she's always pushing the envelope when it comes to her red carpet looks. At first glance, I just thought it was just a pretty pattern. But after looking at it more and more, I'm realizing that it's a little Tetris-inspired (with a dash of Space Invaders). The custom gown is full of the same pixelated shimmers that Riccardo Tisci featured in the pre-fall 2015 collection.

And not only is the dress itself perfect, but Blanchett's impeccable styling makes it that much better. Instead of going over the top with accessories, she chose to stack some simple silver rings and drape a crisp black long blazer over her shoulders. I'm not going to lie — this is a look that only some women can pull off. Or maybe even just Blanchett.

To me, the best part of this outfit is that instead of going with an ethereal, wispy number reminiscent of Cinderella's gown, she chose something a little more wicked, like you'd expect from an evil stepmother. It all just makes me that much more excited to see her and the rest of the Cinderella cast in the movie.