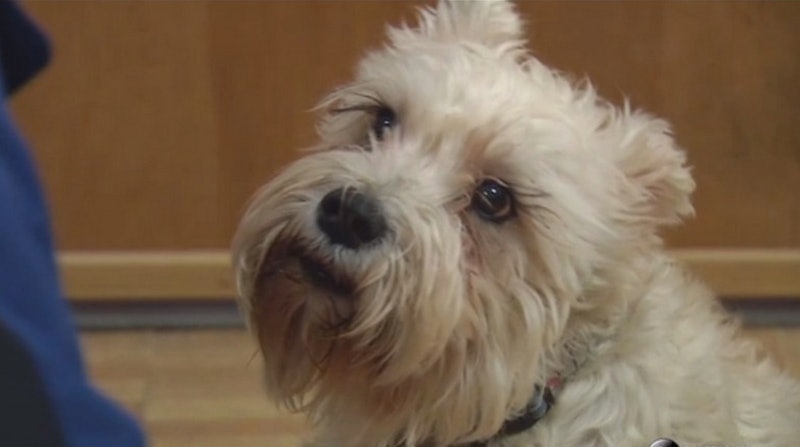 Nothing can come between a woman and her dog. Case in point? A supremely loyal miniature Schnauzer named Sissy is making headlines after the adorable dog walked 20 blocks to find her owner in an Iowa hospital.

Sissy’s owner Nancy Franck had been in the hospital for more than a week, undergoing treatment for cancer. While she was there, the pooch was being taken care of by Nancy’s husband, Dale. But apparently, after several days, Sissy had had enough.

She escaped from her home and somehow managed to find her way to the medical center — despite the fact that it was more than a dozen blocks away, and she had never actually been there before. As you can tell from the surveillance footage below, Sissy basically bursts her way through the hospital doors and into the lobby, before wandering around in search for her mom. Jeez, that’s one determined dog.

It’s then that a security officer spotted her and called the number on her collar. By that point, Dale had been looking for Sissy for hours. He sent his daughter to pick her up — but not before Sissy got special permission to visit Nancy’s room and spend a few, precious minutes with her owner. Now, that’s what I call true love.

Check out the adorable security cam footage of Sissy below. It seems that while she had no problems following her inner GPS to the hospital, she gets hilariously stumped by the elevator situation once inside.