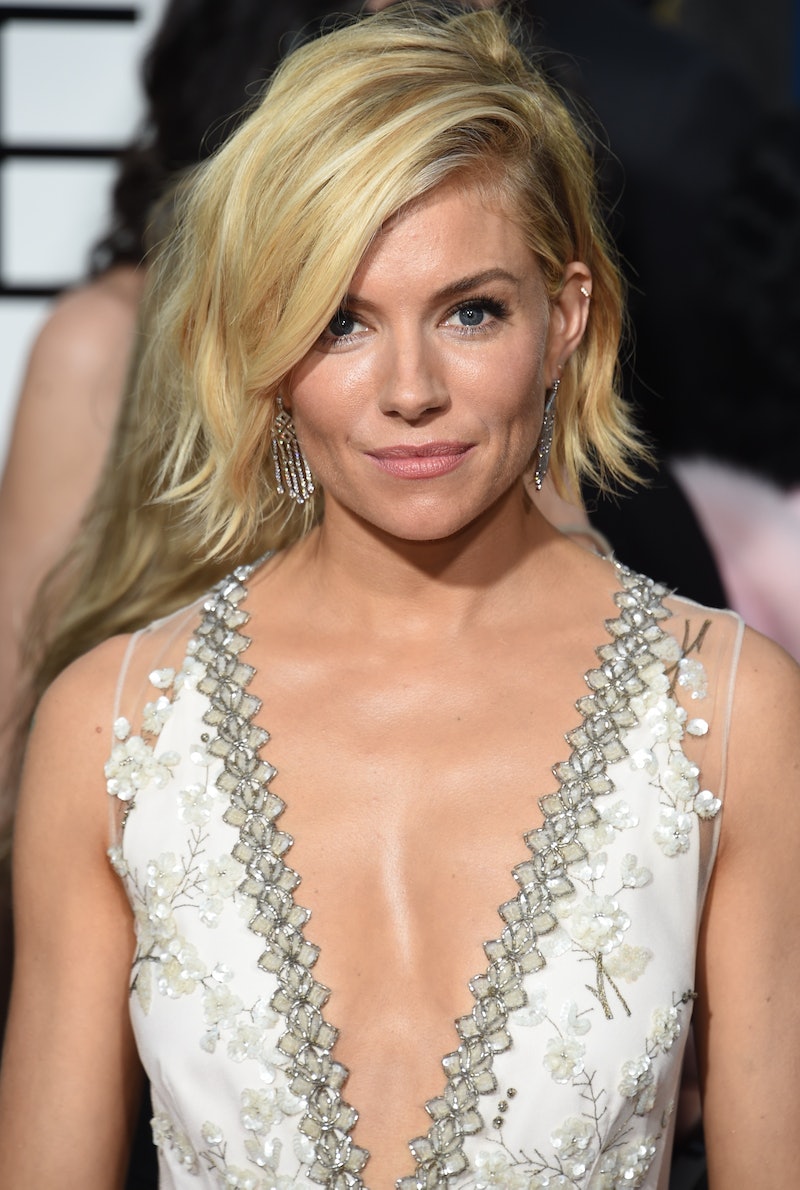 We were all sad to see Emma Stone end her role in Cabaret, but it looks as though her successor probably won't have any trouble filling her shoes. Sienna Miller's first Cabaret photos have been released, and they exude all kinds of sex appeal.

Miller will be playing Sally Bowles on Broadway in New York City for the next six weeks, taking over for Emma Stone in the popular show starting Sunday night, and if you were at all skeptical about the casting, these images should alleviate the doubt. The blonde Brit smolders in raunchy black lace with a leather jacket, newsboy hat, and garters, showing off her famously slim figure. Usually natural and makeup free, Miller rocks a bright scarlet lip and dark black rimmed eyes, perfectly channeling the nightclub singer in a look that's entirely uncharacteristic for the 33-year-old. The other released shot features a more demure Sienna, with a sheer white slip and fur collared sweater. Whether or not she can sing (the Foxcatcher actress admits her Sally Bowles is a little rough around the edges, "not the Liza Minelli version") is to be determined, but as for looking the part? She one-hundred-percent nails it.