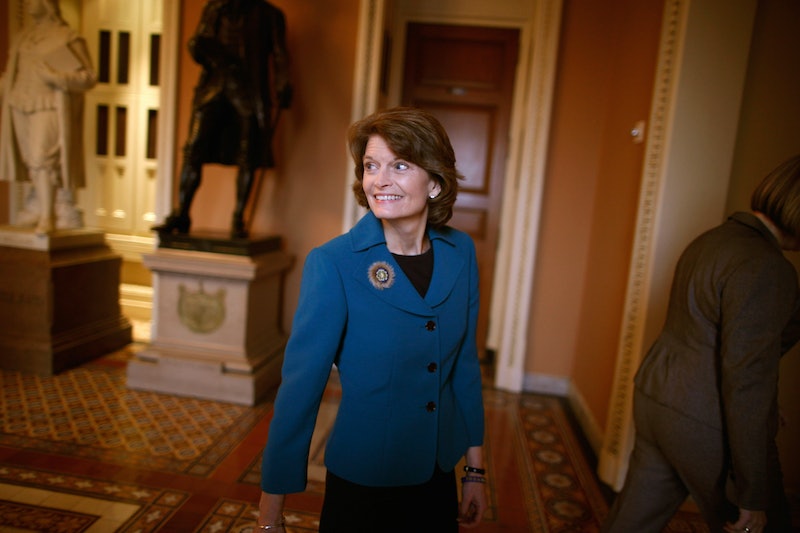 After a rather rough week for the Republican Party's image, the G.O.P. may have found a silver lining savior.

Alaska Senator Lisa Murkowski announced her support for marriage equality on Wednesday through the Human Rights Campaign (HRC), an organization in support of gay rights.

"Senator Murkowski’s courageous and principled announcement today sends a clear message that marriage equality must come to all 50 states in this country...We hope other fair-minded conservatives like Senator Murkowski stand up and join her," HRC president Chad Griffin said in a statement.

In March, Murkowski said her views on gay marriage were "evolving." She now joins fellow Republican Senators Rob Portman of Ohio and Mark Kirk of Illinois in support of marriage equality, in addition to 51 Senate Democrats.

"As the Supreme Court prepares to rule in two landmark marriage cases this month, a growing bipartisan coalition is standing up for the right of all couples to marry—and there is no turning back that tide," Griffin said.