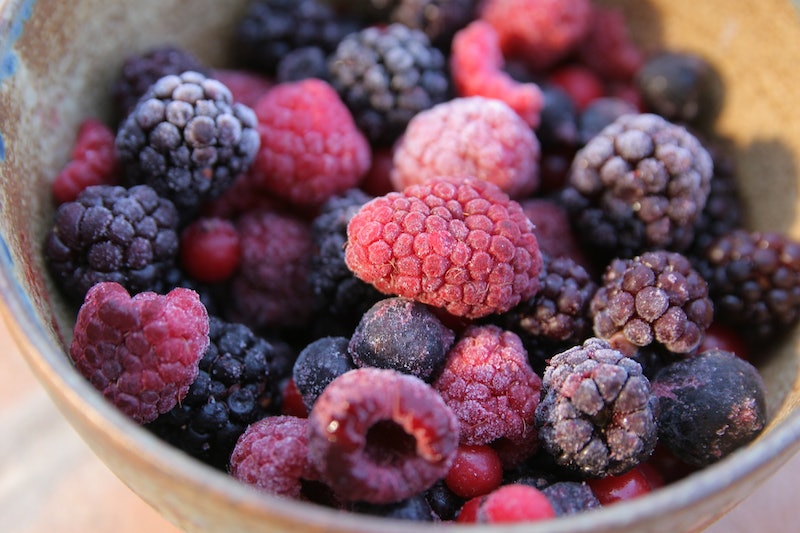 If you live in Australia, you're going to have to put your homemade smoothies on hold; there has been a major recall of frozen mixed berries in Australia. On Saturday, Victoria-based food company Patties Foods recalled its Nanna-brand frozen berries product, which was extended on Sunday to include its Creative Gourmet brand. The recall was made after nine people contracted hepatitis A and it was discovered that the only link between them was the frozen berries. Though the berries were distributed by Patties Foods, they were grown in Chile and packaged in China, where the source of the virus might lie.

Patties Foods CEO Steven Chaur issued a statement announcing their voluntary recall, emphasizing that the "health and wellbeing of consumers is paramount."

We have decided that all our frozen Mixed Berries should be recalled until such time as we receive the results of further laboratory tests.... The recall is an important step to ensure public safety and confidence.

Five cases of hepatitis A were confirmed in New South Wales and Victoria over the weekend, and on Monday, Queensland Health confirmed to Mashable that four more cases had been reported in Queensland. Though the outbreak has been limited to Australia so far, the source of it likely originates elsewhere. According to Reuters, the virus has been linked to unsanitary water supplies in the Chinese plant that packaged the berries.

Dr. Vicky Sheppeard from NSW Health's Communicable Diseases Branch told Australia's ABC News that because the infected are from different parts of the state, there are concerns that this might be a "more widespread problem."

According to the Mayo Clinic, hepatitis A is a "highly contagious liver infection caused by the hepatitis A virus." The most common ways of contracting the virus are via contaminated food and water, or through close contact with someone who has been infected. Mild cases don't require treatment and patients will recover without any permanent damage to their liver, but serious cases can last months and would require hospitalization. Some symptoms include nausea and vomiting, fatigue, abdominal pain, loss of appetite, dark urine, low fever, and joint pain.

The incubation period for hepatitis A is between two and seven weeks, so at this stage it's an early stage of the investigation and we're still gathering information about how much of the product is in NSW homes but potentially we will be seeing more cases in the coming weeks.

Sounds pretty scary. So what about other parts of the world? According to reports, the products are limited to Australian supermarkets, including the major chains Coles and Woolworths as well as IGA supermarkets and independent stores. There have been no reports of the products being sold in the U.S. However, it's possible that the Chinese manufacturer who packages the berries also packages other foods distributed to Australia and maybe elsewhere.

Chaur told the ABC that Patties will work with the supplier to "undertake a full review of how this may have occurred." For now, consumers in Australia are being told to either discard the products or return them to stores for a cash refund.