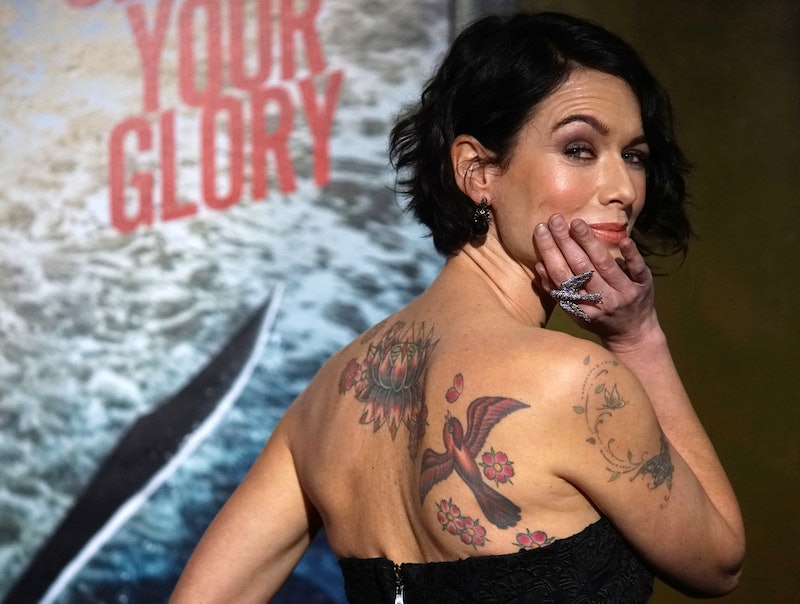 Congratulations are in order for Game of Thrones actress Lena Headey. Cersei Lannister's real life alter ego just announced that she is pregnant with her second child. Now that the "is she pregnant?" speculation is over, it is time to focus on the new child who's on the way. When is Lena Headey's baby due? In the official statement, Headey said, "I’m happy to confirm that I’m having my second child this summer. I only hope that this announcement can help me to regain some of the privacy I have recently lost to prying photographers and ask that they please respect my privacy and let me enjoy this time.”

So she's confirmed that she is expecting a baby in the summer, but when in the summer? Most people wait to announce a pregnancy until the first trimester is complete due to many factors including the risk of miscarriage. This makes me guesstimate that Headey is probably around three months pregnant and that the baby is due in July 2015.

That investigation was simple enough. And just when I thought I wrapped that one up really quickly, I realized that another detail was missing. There is no mention of the baby's father in the pregnancy announcement. I did some snooping around and on every article, the statement is the same and it is later noted that Headey already has a son named Wylie with her ex husband Peter Loughran— but absolutely no reference to the new baby's father.

There are rumors that she's dating her Game of Thrones costar Pedro Pascal. We all know how intense the GOT fandom is and this has to be why the paparazzi have been tailing her.

As long as she doesn't name her child Joffrey, I'm sure this baby will be very loved.