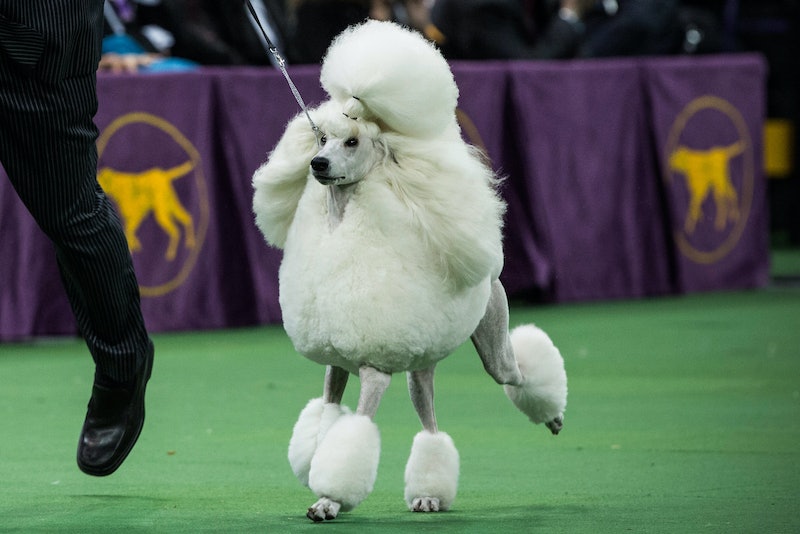 Need a break from all the New York Fashion Week coverage? This backstage video of the Westminster Kennel Club Dog Show, courtesy of Vogue, is sure to make anyone's day. Shot in the same style as some of the magazine's motion editorials, the montage of the 2015 dog show's furry and fabulous stars captures what it's like before they step out for the judges. The video, titled "Best in Show: Backstage Beauty with the Dogs of Westminster," features a handful of this year's canine competitors as they are prepped, powdered, and posed by their owners. Each one is groomed to perfection with the help of high quality brushes, flat irons, and products, and the entire scene backstage isn't that much different from what goes on behind-the-scenes at runway shows. These puppies even get their own catwalk (treadmill) and wind machines (hair dryer).

Not only is the Westminster Dog Show one of the most talked about events happening in New York this week, it is also the second longest-running sporting event in the country (going all the way back to 1877). Patty Hearst's shih tzu Rocket won Best in Breed for the toy dog category on Monday night. The 139th annual competition concludes tonight at Madison Square Garden with the announcement of the coveted Best in Show award.

Check out the video below of these cute canines strutting their stuff backstage: