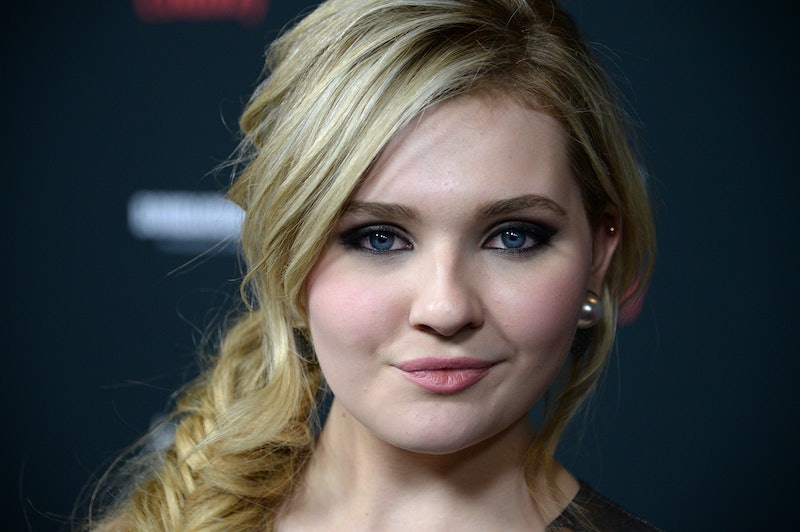 If it seems impossible to exist in Hollywood/show business/the entertainment industry these days without suddenly chopping off all of your hair and going for a lob, well, it's understandable. A-listers are debuting this look in record numbers these days. How do you know when you're extra trendy in the industry? Go for a platinum lob, obviously. Abigail Breslin is already pretty much who I wish I was as a teenager and also more skilled at Twitter than I ever will be, so there are few things she could do that I would dislike. But despite my bias, it's fair to say that Abigail Breslin's new platinum lob is 100 percent perfection on the young actress.

Stars like Lauren Conrad and Lucy Hale have already hopped on the lob train (although not quite as platinum as Breslin's verson), but I have to say that the cut may suit this Little Miss Sunshine the most out of everyone. Breslin debuted the new style while attending Zac Posen's glittery, gorgeous fall/winter 2015 runway show. The actress usually goes for dark colors, heavy eyeliner and a sort of punk/chic balance in her wardrobe that works perfectly with the brand new, very tousled lob. Breslin has always stunned as a blonde, but the new, brighter color is perfectly on trend while remaining totally in tune with her own style.

A lob completely changes someone's look, and since Breslin has such a unique and individualized sense of style, I can't wait to see how she works the new style into her day-to-day (and red carpet) looks. Oh — and I can't wait to see what celebrity gets a lob next. That too.