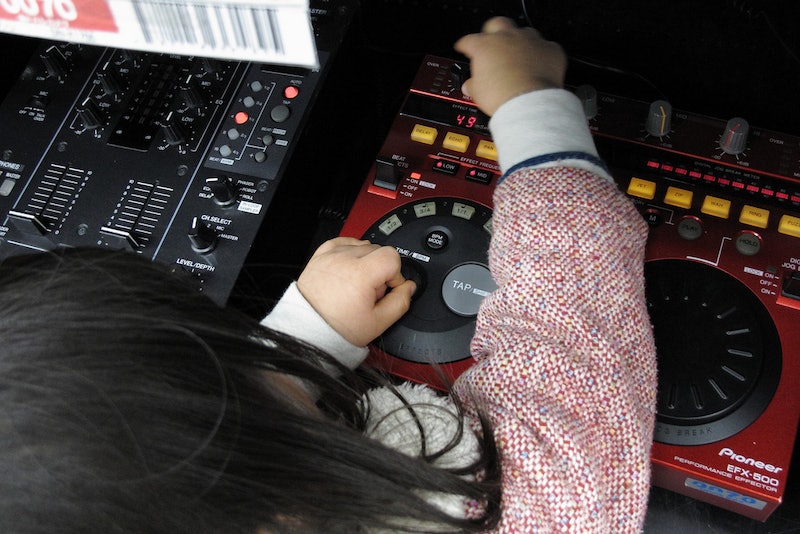 Most of history's greats started honing their craft early in life, right? Consider Mozart's debut at age 4. Herbie Hancock first slammed ivories for an audience at the insane age of 11. After some research, I also found Alanis Morrissette released her first song as a 10-year-old (which I subsequently spent a whole ten Earth minutes trying to hunt down. It's pretty good, in case you're also curious.) Now the world has this adorable toddler DJ in South America, and this kid is hot on the 1's and 2's, which, incidentally, is also probably how old he is. I'm now imagining a potentially legendary performance combining this kid with that other young dude who tears up dubstep dance moves. How great would that be? Anyway.

This little fella traces the beat with some classic, on-point head bobs. This whole thing is actually really impressive. The way he leads up to the drop and launches into a very chill Jersey Shore-style fist pump! Sadly, the camera doesn't pan to what I have to assume is a captivated audience of swooning 3-year-olds. I'm not saying that this kid's parents should let him start headlining clubs and festivals around the world, but I am saying at least I'd definitely pay to see this child DJ throw down live. Just sayin'.