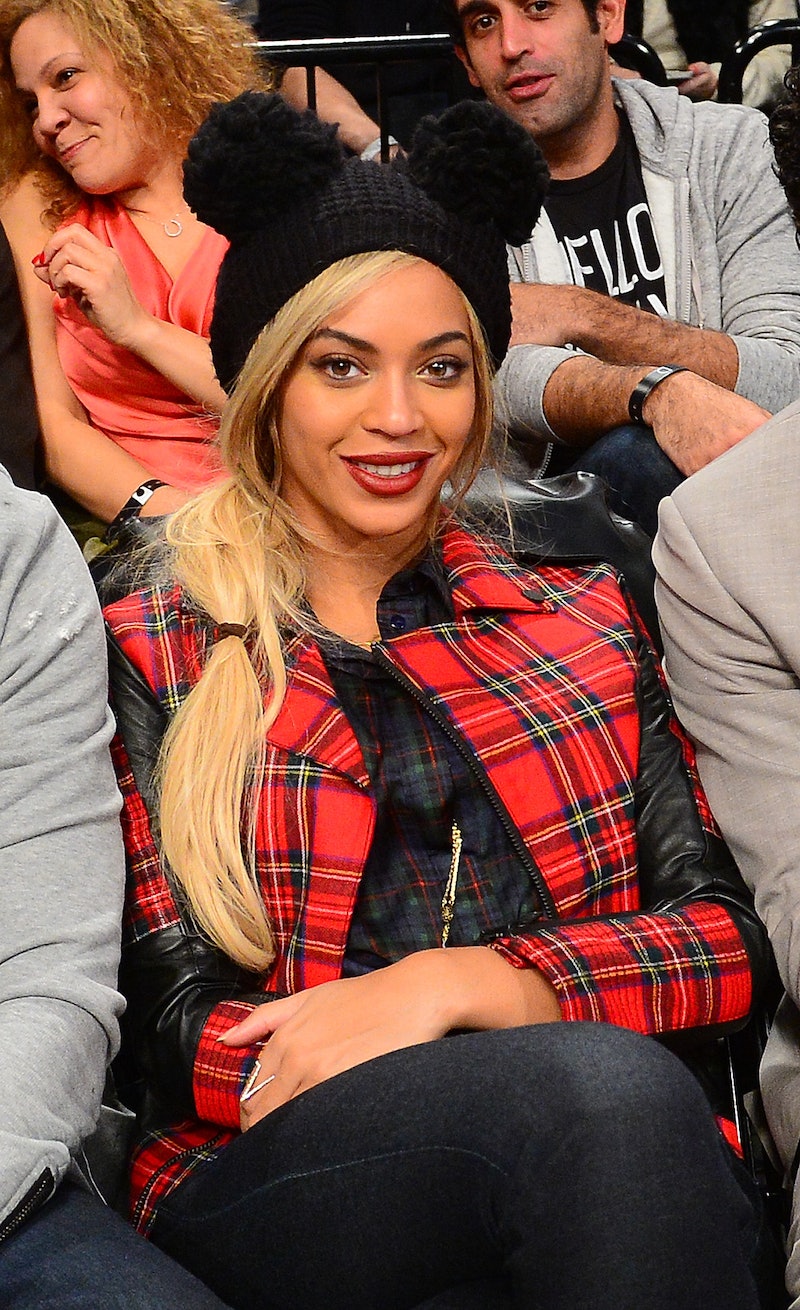 Beyoncé is notoriously seen as the ultimate symbol of perfection in every facet — beauty, style, talent, and the list goes on. Every time she steps into the public eye, whether it's live on the red carpet or in a print advertisement, she looks completely flawless — almost as if she has been drinking from the fabled fountain of youth for years. Much to everyone's shock, allegedly unretouched photos of Beyoncé from a 2013 L'Oreal ad campaign have surfaced the web, and the Internet is having a full-blown meltdown.

I'm actually a bit surprised by the very dramatic reaction from fans. How often do unedited photos of celebrities leak on the web? Pretty damn often. It wasn't so long ago that unretouched pictures of Madonna circulated online, so we should be getting used to the fact that celebrities are indeed human beings, and yes they do age. And yes, makeup does cover up bad skin. It doesn't erase it, but it conceals it.

Of course Bey is no way near "old," but of course her skin is going to look different at 33 than it did at 21 — that's nature, people. Believe it or not, celebrities, even Queen Bey herself, are real, live humans and their so-called imperfections should be celebrated, not shamed, because they are completely natural.