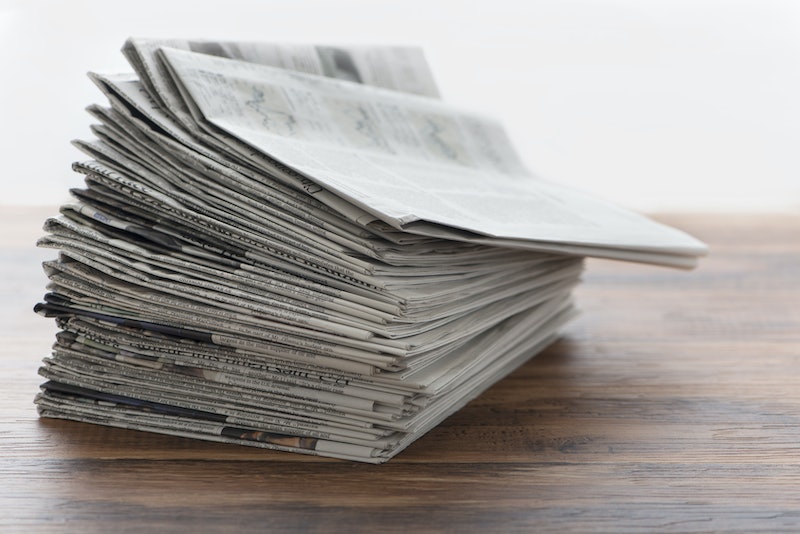 Because the world is constantly trying to melt my icy heart and make me feel terrible for my perpetually single state, yet another adorable public proposal from this past Valentine's Day is making headlines. No matter how much I resist, even I have to admit that Rob Schwertly's full page ad proposal in the Seattle Times is pretty much the cutest thing ever. If you're not inspired to step up your romantic game after reading about it, you probably need a software update, you emotionless robot. (Or maybe you're just not that into PDA. Either/or.)If you're wondering how on earth Schwertly managed to afford taking out a full page advertisement, it turns out he's pretty well connected: He works for the Seattle Times' advertising sales department, Cosmopolitan reports, and I'm pretty sure only an unimaginably heartless boss would deny an employee a discount on their public marriage proposal. Schwertly told WCNC that both he and his girlfriend "like to read" and are "really into preserving things." He considered making a public grand gesture for a little while, but even though a YouTube video might technically last longer, isn't there something especially romantic about being able to frame the paper on which your fiance's proposal was printed?

To make things even more like a romantic comedy, Briana Johnson apparently missed the proposal the first time around — and when she finally saw it, she thought it was for someone else. It wasn't until she recognized the names and Schwertly got down on one knee that Johnson realized what was happening. By the end, though, "we were both crying," she told WCNC. They haven't set a date yet, but that's understandable since they're probably still being inundated with well-wishes from random people the internet.