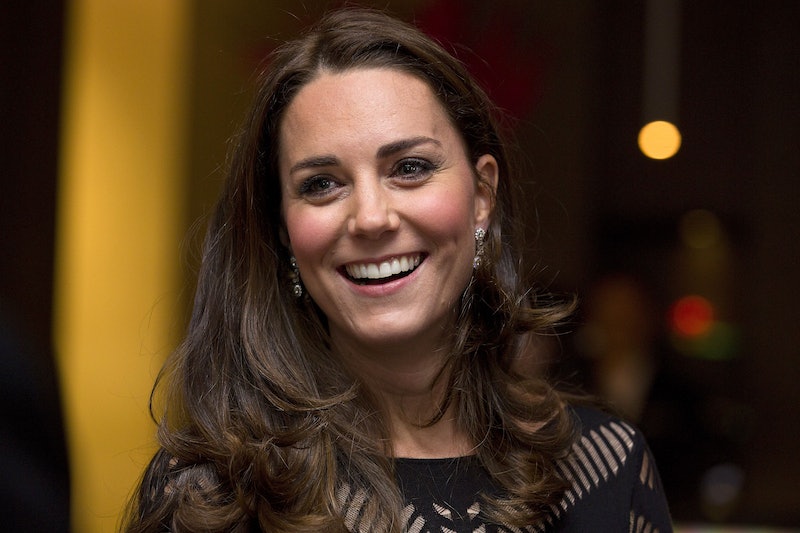 Alert the royal hair stylist: is Kate Middleton's hair going gray? It would appear so. At a tour of the West Midlands today, Middleton sported a sophisticated hairstyle and inadvertently revealed some silver roots on either side of her half-ponytail. It's rare proof that the duchess is, indeed, human, but this is hard evidence that she's not a robot engineered by the royal family to be literally perfect in every way.

Even though Middleton will be just as stunning if she ever goes full-on gray (this is still K. Midds we're talking about), it still feels good to know that she's still a human being. Rumor has it that Middleton, who's seven months pregnant with #royalbaby number two (eeee!), stopped dying her hair to protect the health of Britain's newest national treasure (sorry, George.) Though hair dye is apparently safe to use while with child, I'm glad that Kate is doing everything she can to protect what's sure to be my newest obsession in about two months.

I think it'll be a while before we see Kate accept the whole female silver fox thing, but I have no doubt that when that day comes, I'll still be just as envious of her as I was when it was her striking brunette blowouts that captured my attention.

Here's a glance at the sneaky little grays (or check out another view at the Mail Online.) Verdict? Still stunning.