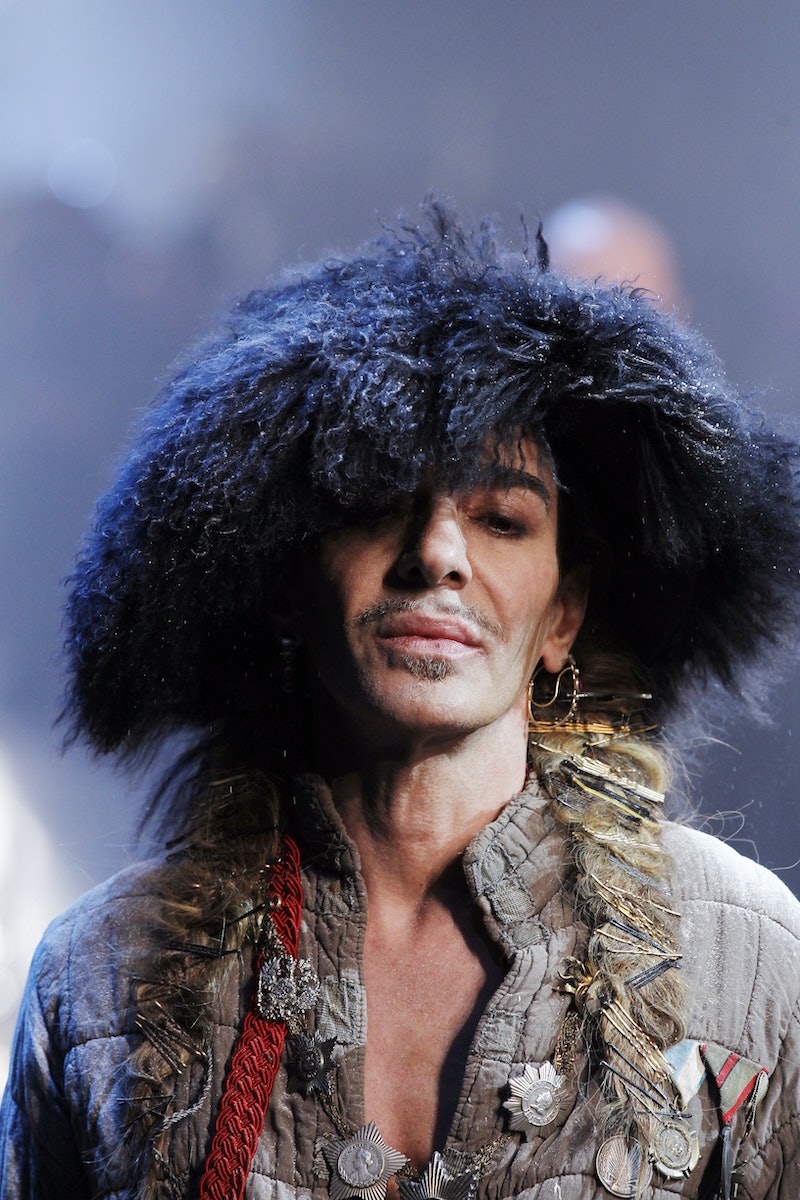 It never seems to end with John Galliano, does it? Remember when he said he loved Hitler in 2011 and then was fired by Dior and charged for hate speech after a series of drunken not-so-appropriate rants? Well, it isn't over because Galliano is back in court again. His lawyer has appealed against the ruling of the Paris labor court that rejected his claims of wrongful dismissal again. Looks like he may be getting a second, er, third, er fourth chance after all.

Backtrack to 2013—Galliano was actually granted the right to have his case heard in court, but not much came out of that either. In fact, the ruling ordered that Galliano pay a symbolic euro to both former employers, Dior and John Galliano, and to "cover all their legal fees in the long-running case," according to a WWD report.

Things were looking up for Galliano, as die-hard fans watched him take the title of Creative Director of Maison Martin Margiela. And he even began teaching a master class at Parsons. It can't be denied that the man is a genius. But it seems as if Galliano's temperament is like the weather in New York—unreliable and quick to change. Let me be clear—we are never down for anti-semitic statements, no matter who you are. But addiction can breed habits and questionable behavior beyond our control. It's clear Galliano needed some help, and I hope that in 2017, a final verdict is reached.

Galliano's lawyer, Chantal Giraud-van Gaver of Coblence & Associés, estimates that this new case will be heard in 2017. Let it be known, though, that Galliano has never claimed to be an angel. In a former case, he argued that his bosses at Dior and Galliano were fully aware of his addictions, and his lawyer claimed that Galliano's layoff from his titles were based on a pre-existing medical condition. This too, you guessed it, was rejected.