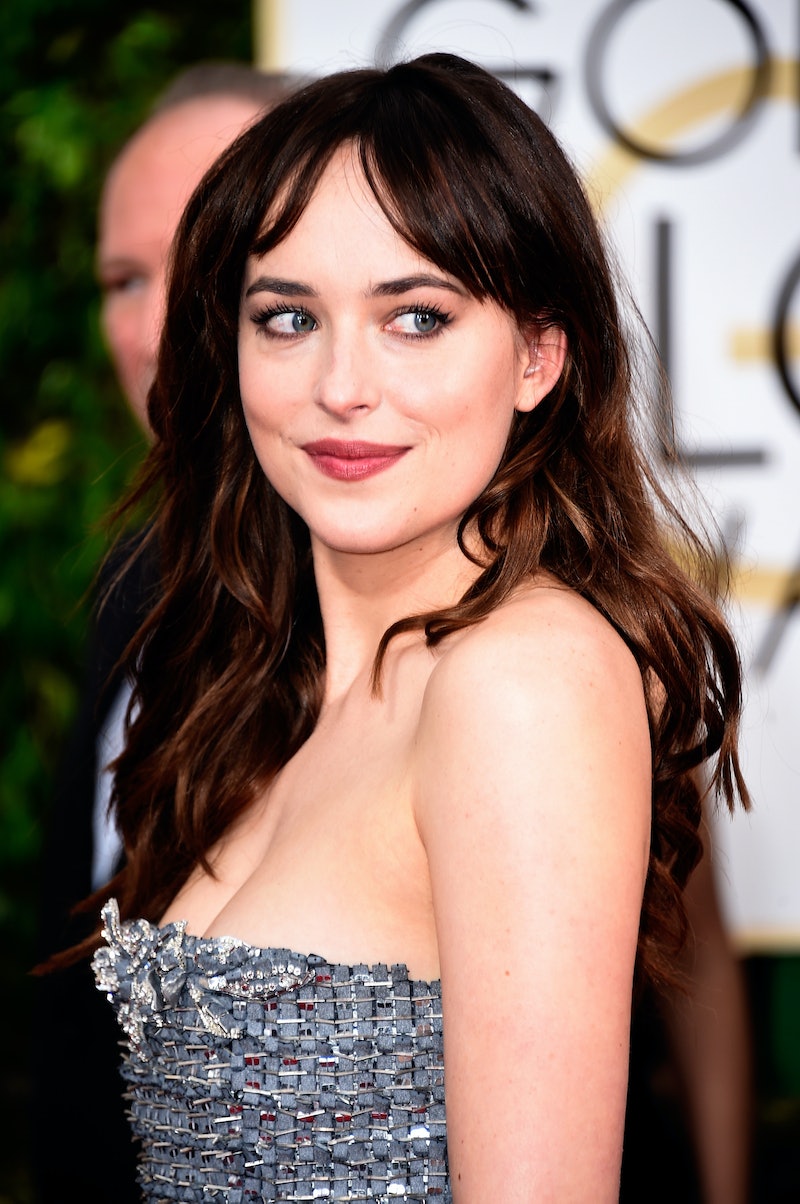 Well, guess not everyone's a fan of Fifty Shades of Grey. According to Us Weekly, Dakota Johnson is single. Reportedly, Johnson and her boyfriend Matthew Hitt split up, because, apparently, he couldn't deal with the spotlight. Per an insider who spoke with Us, "Sometime over the holidays, they broke up. Her life was getting too crazy and it wasn't something that he wanted to be a part of."

If you think about it, Hitt's reported reasoning makes sense. Ever since Johnson was cast as Anastasia Steele in the film adaptation of E.L. James' Fifty Shades novel, she has continuously made headlines and been the topic of conversation. Of course, the talk about the film will die down eventually, but it was only released last week. And not only that, there is also going to be a sequel, Fifty Shades Darker, so there's no doubt that Johnson and Jamie Dornan will remain under the microscope.

Plus, maybe Hitt just couldn't deal with all that S&M talk? Fifty Shades has shined a light on the world of kinky and dominating sex, so maybe Hitt didn't want to see Johnson that way? After all, Dornan's wife wasn't sure if she'd watch the film because of the sex scenes. And guess what? She's not the first partner of an actor think just that.

Whatever the case, now that Johnson's schedule is packed, and according to Us Weekly, "not conducive to maintaining a relationship," it seems the actress just doesn't have a lot of time for a serious relationship. Also, per the entertainment site, Johnson and Hitt's split "wasn't a bad break" and Johnson "is casually seeing a few people," so it appears she's not too upset about the reported breakup.

More like this
‘RHOA’s Shereé Whitfield’s Boyfriend Tyrone Gilliams Hinted He’s Single
By Brad Witter
Daryl McCormack On His Unusual First Audition With Emma Thompson
By Olivia-Anne Cleary
What Does The Presley Family Think Of 'Elvis'?
By Arya Roshanian
Chris Hemsworth Joked That Baring His Butt In ‘Thor: Love And Thunder’ Was A “Dream”
By Brad Witter
Get Even More From Bustle — Sign Up For The Newsletter