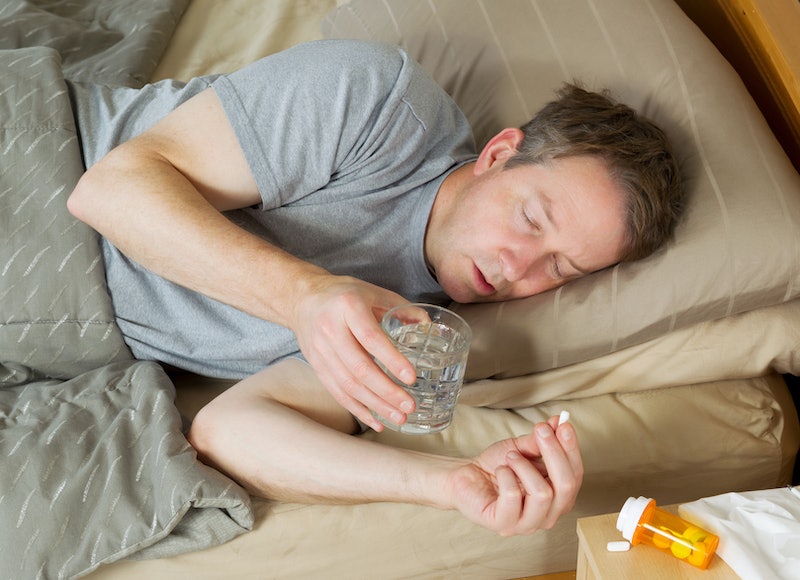 Here’s a battle of the sexes study for the ages: according to data from the British Household Panel Survey, your gender and personality affect how you cope with illness, and men are “more impacted” when sick (read: they're bigger babies), if more than one symptom is present. Women, on the other hand, are affected depending on our state of mental health.

The research was presented in a paper from a scientist at Washington State University in conjunction with a team at University of the Thai Chamber of Commerce. The survey provided 1,388 women and 1,471 men with a 15-question assessment that compared their physical and mental health to their perceptions of their health overall."Women are more impacted by illness than men, unless more than one symptom is present," lead research Robert Rosenman, Ph.D., said in a statement. "Then men are more impacted than women. And perhaps more importantly, personality affects how women handle becoming sick, while men of all types react the same." Specifically, women of two distinct personality types were least affected, he says.Women with “high agreeableness” and strong social networks are better equipped for dealing with ailments such as mental illness. Women with low levels of conscientiousness are “more apt to feel out of control on a daily basis” and are therefore also less likely to be affected, presumably because they already feel like their health lacks stability, says Rosenman. But for men? The study found no correlation between personality and mental illness. “When their health tanked due to multiple symptoms, so did their health satisfaction,” reports Cosmopolitan. “In other words, the guys were less resilient than the women.”

So there you have it. Head over to Cosmopolitan to read the full report.