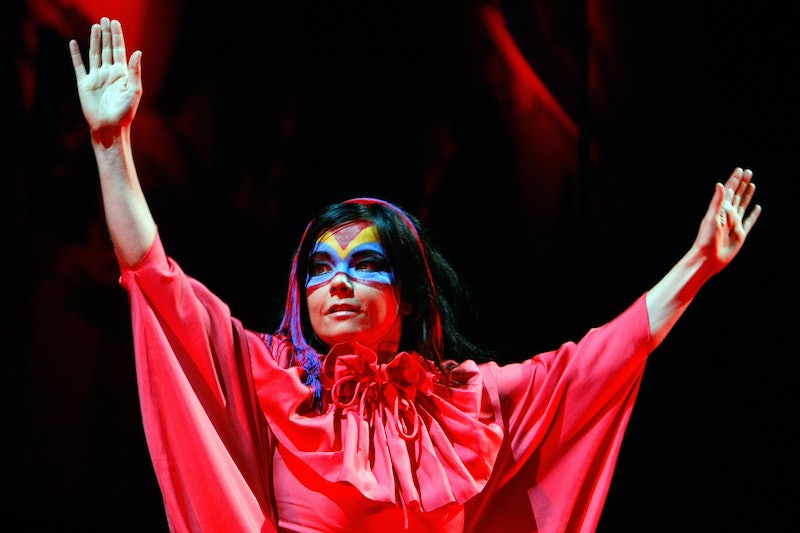 It takes a true maverick to change the game and no one embodies that spirit better than the Icelandic art-pop badass herself. So it's only fitting that Bjork is featured on The Gentlewoman Magazine's first full-color cover. Photographed by Alasdair McLellan for the U.K. publication's eleventh issue, Björk's portrait is a departure from the more avant-garde looks of her album covers, music videos, and stage performances, yet her hopeful and somewhat mysterious upwards gaze in the photograph still manages to evoke such strong emotions. Also: eyebrows on fleek.

Björk's appearance on The Gentlewoman, which dubbed her "The spectacular sonic genius," marks her return to the music and fashion scene, following the surprise release of her latest album Vulnicura last month. Inside the issue, Björk tells New York-based writer Vanessa Grigoriadis how personal heartbreak inspired her to write Vulnicura, her first album in four years. The Icelandic national treasure also talks about her upcoming career retrospective at the Museum of Modern Art, opening on March 8.

Check out Björk on The Gentlewoman issue No. 11 below. Can anyone say stunning? We are obsessed.