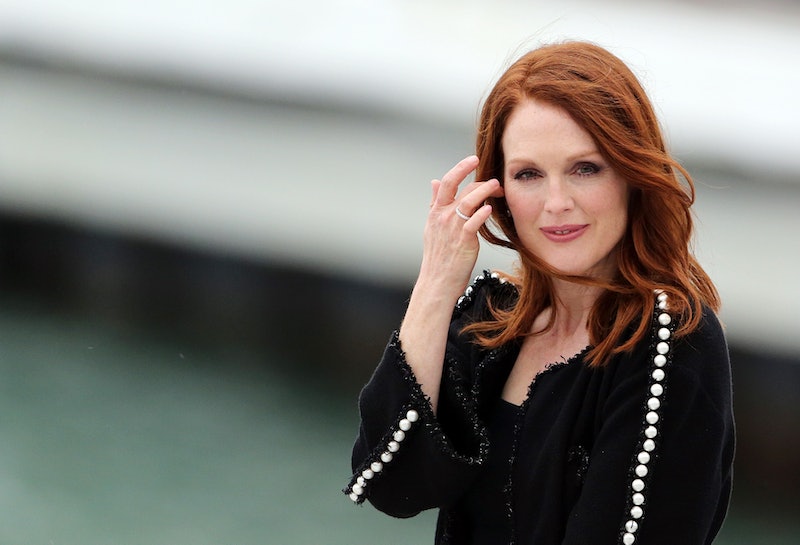 At the 2015 Spirit Awards, Julianne Moore took home the prize for Best Female Lead in Still Alice . Others nominated in the category included Marion Cotillard for her role in The Immigrant, Rinko Kikuchi in Kumiko, The Treasure Hunter, Jenny Slate in Obvious Child, and Tilda Swinton in Only Lovers Left Alive. Still Alice follows "Alice Howland, happily married with three grown children, is a renowned linguistics professor who starts to forget words. When she receives a devastating diagnosis, Alice and her family find their bonds tested."

Julianne Moore already won eight other awards for this role, including a Golden Globe, a Screen Actor's Guild Award, A BAFTA, and a Critics' Choice Movie Award. The Oscars could produce a similar result in The Best Actress category, with Julianne Moore nominated for the same role. Marion Cotrillard is also nominated, but for her role in Two Days, One Night. Felicity Jones is nominated for The Theory of Everything, and Rosamund Pike earned a nomination for Gone Girl. And last but not least, Reese Witherspoon could take home the prize for her role in the true story Wild.

Tune in Sunday to see who takes home the golden statue.

More like this
Remember When Benedict Cumberbatch Announced His Engagement In A Newspaper Ad?
By Hugh McIntyre
Sandra Bullock, Girlboss Extraordinaire
By Matt Harkins & Viviana Olen
Laura Dern Said “Cultural Awareness” Made Her Rethink This 'Jurassic Park' Fact
By Grace Wehniainen
Watch The Dramatic First Trailer For Netflix's Jennifer Lopez Documentary
By Alyssa Lapid
Get Even More From Bustle — Sign Up For The Newsletter