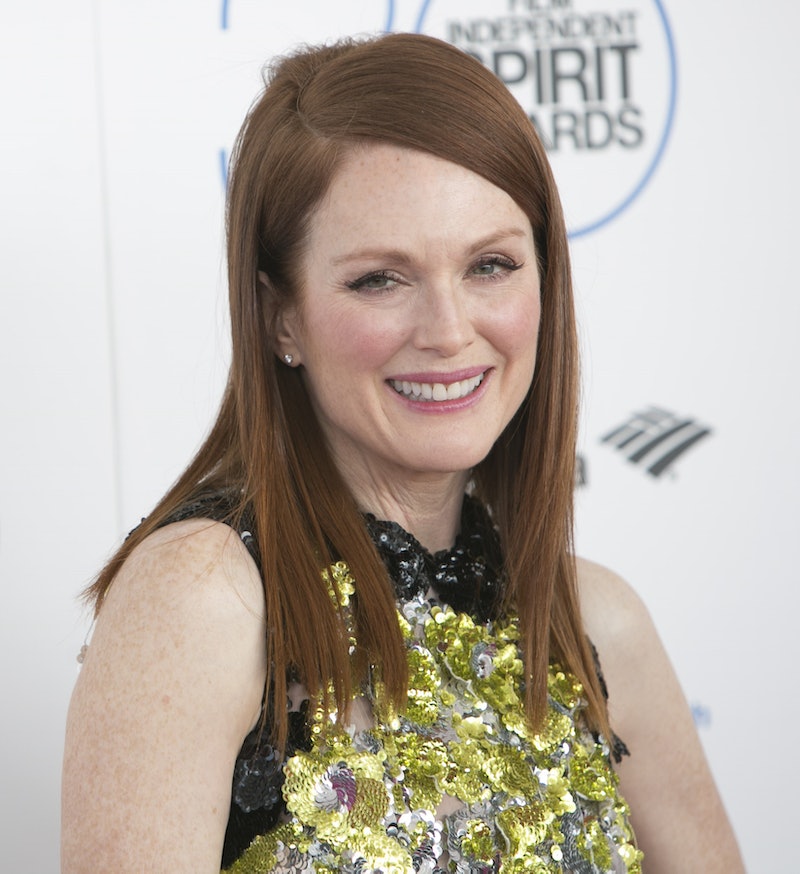 Julianne Moore won the award for Best Female Lead at the 2015 Sprit Awards for her portrayal of Alice Howard in Still Alice . "It was an amazing experience. It was pretty extensive, the research, and I learned a lot," she says backstage after her win, a wide, girlish grin on her face. "We wanted to make a movie that was about living with something, not dying from it," she reveals of her portrayal of a woman who suffers with Alzheimer's.

And in terms of award shows like the Spirits, Moore has plenty of statues to boot from 2015 alone. "You can poo poo awards all you want, but when people go out of their way to acknowledge a performance it means a tremendous amount," she says. "The Oscars? Are those tomorrow?" she jokes about Sunday's ceremony.

Still Alice , according to IMDB, is about: "Alice Howland, happily married with three grown children, is a renowned linguistics professor who starts to forget words. When she receives a devastating diagnosis, Alice and her family find their bonds tested."

But while she's portrayed some incredibly brave roles, she promises there are much worse things to be scared of. "To be brave you have to be afraid, and I'm not afraid of acting. It's a safe space," she says. "But I am afraid of skiing, I'm afraid of going fast in cars. I'm afraid of cocktail parties."

Well then, let's all raise a toast to Moore!